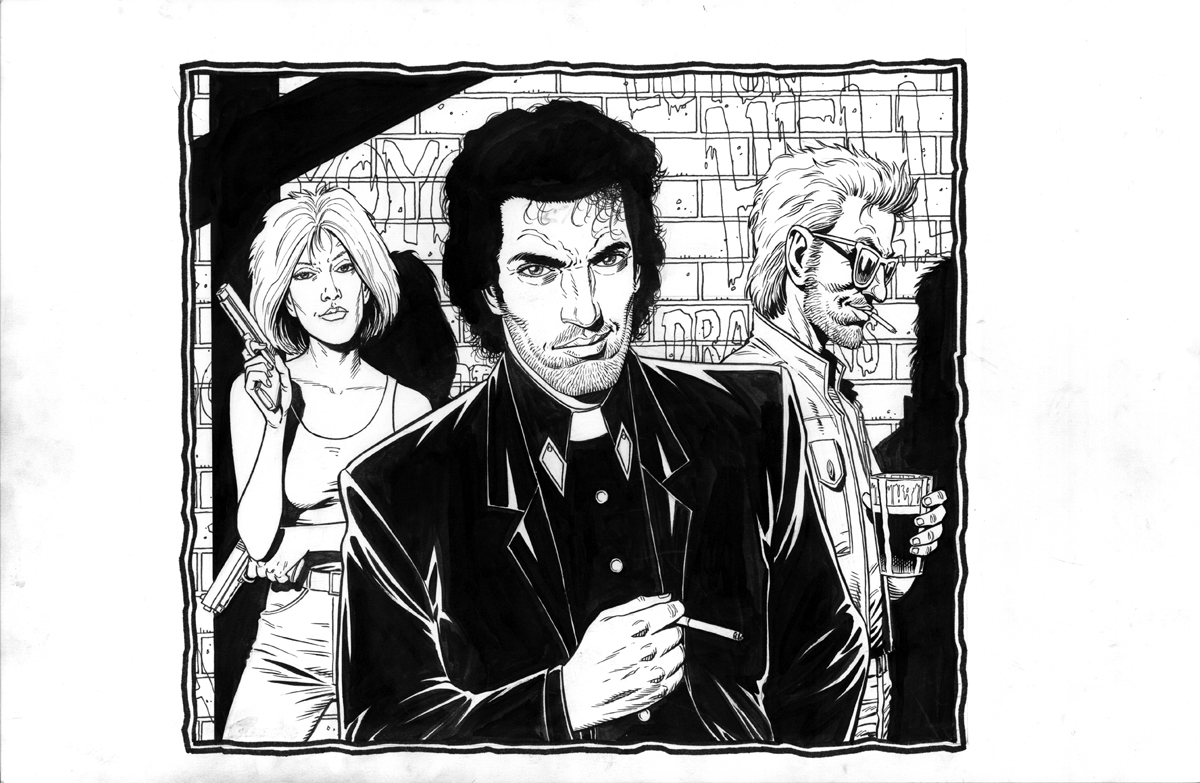 Conceived in the warped minds of Garth Ennis and Steve Dillon, the blasphemously entertaining comic series “Preacher” may finally find its pulpit on AMC. Thanks to the personal efforts of producers Seth Rogen and Evan Goldberg—the dream team behind “Superbad,” “Pineapple Express,” and “The Interview”—this uniquely violent, demented, and satirical comic recently began filming its pilot episode for AMC. Cable audiences will finally get a chance to see the bizarre and amusing saga of Jesse Custer on the small screen, assuming the parent channel of “The Walking Dead” likes what it sees.

The popular comic series originally finished its 75-issue run in October of 2000, on DC’S Vertigo imprint. The series follows the trials and tribulations of small town preacher man Custer, who, after a bizarre tragedy claims the lives of his entire congregation, is fused with a god-like entity called Genesis. This merger leaves him with the powers of a burgeoning deity and the ability to control all creatures great and small with a simple word. Discovering that God has abandoned his creation, the reverend dons his collar again as the righteous avenger of humanity, determined to find the delinquent deity and make him pay for his deadbeat parenting. In other words, you’re in for some light-heated entertainment.

Teaming up with his trashy debutante on-and-off paramour Tulip, shifty Irish Vampire Cassidy, and a host of untrustworthy allies, Custer find himself battling against God, kith and kin, a rocker named Arseface, an unstoppable murderous saint, and a powerful and corrupt Illuminati-type group known as The Grail–the protectors of Christ’s bloodline.

Casting recently wrapped up when Dominic Cooper was locked in as the venerable man of godlessness. The preacher’s ex-gal Tulip will be played by Ruth Negga, and Joe Gilgun is also slotted in as Irish vamp Cassidy. According to Rogen, the show is moving forward into production as of May 14th. The dynamic duo of Rogen and Goldberg will act as both producers and co-directors on the pilot. It remains to be seen how much involvement they’ll have if the pilot is picked up. And, although there have been some modifications to the characters and the plot—as there always are—the producer have noted that they’ll try to keep to the original storyline as much as possible.