Fallout 4 Pip-Boy is real and everyone can buy it 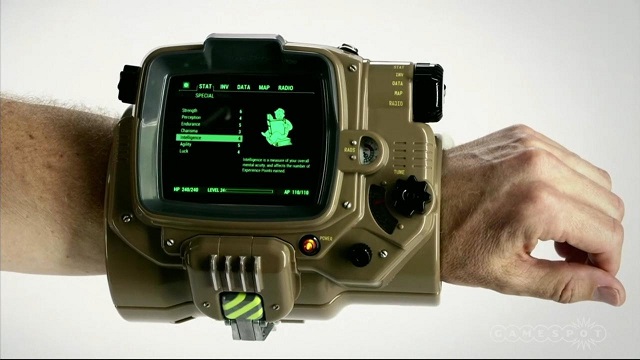 Fallout 4 Pip-Boy is real and everyone can buy it

The Pip-Boy is easily one of the most recognizable and popular gadgets from the Fallout series so it should not be surprising that people have been trying to build their very own for years. With the release of Fallout 4, you will be able to stop dreaming about owning an actual Pip-Boy and just outright buy one because Bethesda themselves will be selling them. The developers made plenty of interesting announcements during their recent E3 2015 press conference, including one that confirms the special edition of Fallout 4. The real-life Pip-Boy will be one of the bonuses included in this version of the game, which will be priced at $120 according to Best Buy. We’re not sure what other bonuses the special edition might feature, but it’s safe to say that most people will be interested in it because of the Pip-Boy.

Speaking of which, Bethesda admits that things like this are usually little more than gimmicks, however, this is might be a bit of an exception to the rule. Specifically, you can use your phone as the screen for the Fallout 4 Pip-Boy and there will also be a smartphone app to go with it. While you may not be able to track any lost vaults using this device, the Pip-Boy does come with a fully animated Vault Boy and lots of mini-games that you can play when you’re not exploring the world of Fallout 4. The app will be compatible with both iOS and Android devices and you can pair it up with any version of the game regardless of your platform of choice.

The highly anticipated Fallout 4 currently has a release date of November 10 when it will become available on PS4, Xbox One, and the PC. As for the location, it seems like all the rumors that have been floating around for years were actually pretty accurate because Fallout 4 will indeed take place in Boston.