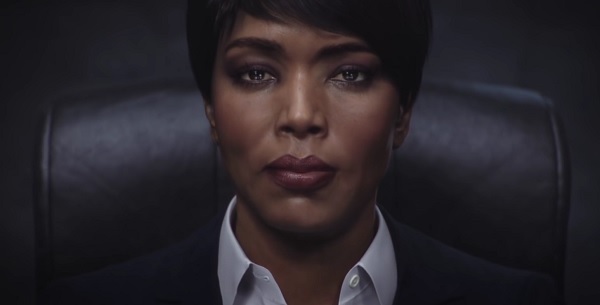 Tom Clancy’s Rainbow Six Siege will feature Angela Bassett as one of its main characters, and the Hollywood actress is eager to take on the role. She’s been cast as Six, the leader of Rainbow Six Siege’s elite counter-terrorism unit. Her character will not only have her voice, but also her likeness (and it is uncannily lifelike). Bassett wore a motion capture suit and worked in the middle of hundreds of cameras set up to capture her facial expressions.

Angela Bassett spoke with an Associated Press writer about how she is eager to portray a strong character. “I’m very aware of media and women in the media and the way we come across. I thought this would be a very strong look, as a woman and as a black woman,” she said.

In previous Rainbow Six titles, the character of Six has always been portrayed as male. He was also male in Tom Clancy’s novels, which the games are based on. But the team at Ubisoft wanted to go in a different direction for Rainbow Six Siege, and had known for some time that they wanted to cast a woman to play Six.

This isn’t the first time Bassett has taken over a role that was originally male. “There have been opportunities in film where the part was a male, and they’ve changed it for me, and I’ve been able to bring it to life,” she said. “I’ve always liked that. This was another opportunity to do that. To hear that in this world, women are not usually in this role, that was very exciting news to me.”

Bassett wasn’t aware at first of the criticisms the video game industry has been facing over its portrayal of women and of African-Americans. It makes her role as Six in Rainbow Six Siege that much more exciting, and not just for her, but for everyone who’d like to see more women and African-Americans given bigger roles in video games.