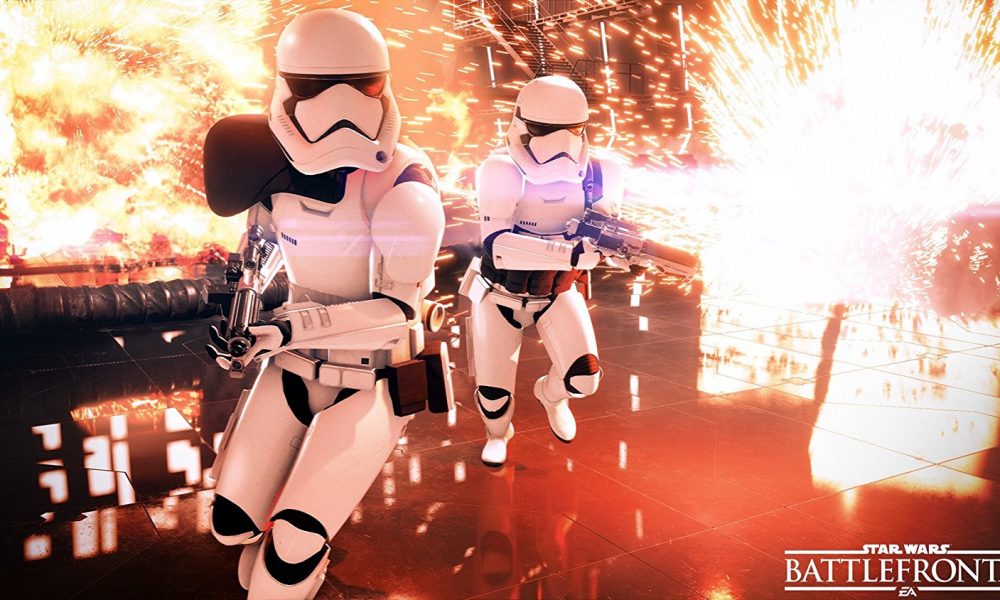 It’d be fair to say the Star Wars Battlefront 2 beta in October was controversial. The main problem? Loot crates.

Near enough the entirety of progression in Star Wars Battlefront 2 comes from loot crates – from cosmetics to straight up game-changing stat upgrades. It didn’t take long for news to spread and fans haven’t been happy. Players could have a significant advantage just from having better luck when opening a crate, or more importantly, buying a ton of crates to increase their chances.

Since the Beta, DICE and EA announced that the way loot crates work would change. This involved removing the highest tier of unlockable Star Cards from crates alongside weapons and class-specific abilities. If you want a legendary version of your card, you’re going to have to craft it which is also level restricted.

Obviously, this was a step in the right direction but it still raised questions with fans.

As it turns out, the change hasn’t actually done much. According to Youtube gaming channel Xfactorgaming, Battlefront 2 is still pay-to-win.

He bought $90 worth of lootboxes and yep, he’s pretty overpowered. Sure, his cards are locked to level tiers but the highest you need to be is level 20, which isn’t very high. Sure, it’s all available using in-game currency but the grind is obviously much higher. Sure, you can craft the cards you want but unfortunately, crafting materials are also in loot crates. This is the definition of pay-to-win.

It’s a fluid system and it might be that EA will change it down the line but for now, it sure seems like not much has changed. You still need cards to improve your character and the easiest way to do that is to drop a ton of money on crates. With Xfactor already level 14 on some classes in little under a day, level gating doesn’t seem to be that effective of a deterrent.

On the other hand, this should come as no surprise to anyone. EA have literally said they want to use the Ultimate Team formula elsewhere.

“Ultimate Team started out as a mode in FIFA, and EA has now implemented it in several of its sports franchises. According to Jorgensen, the “real opportunity” is finding ways to bring a similar concept other EA games.

“Like Battlefield or Battlefront, our Star Wars game, which are very similar in the depth of play – we can possibly add a similar mechanic to that. We spend a lot of time thinking about it,” he said. “Not for tomorrow, but over the next couple of years you’re going to see a lot more of that in our portfolio.”

The problem is, raw stat increases that can be paid for have no place in multiplayer, casual or competitive. I’d even go as far as to argue that you shouldn’t level gate content but I understand that some developers want to keep players aiming for something.

We’ll see how this pans out but as it stands, Star Wars Battlefront 2 is still highly in favour of those who don’t mind splashing the cash.