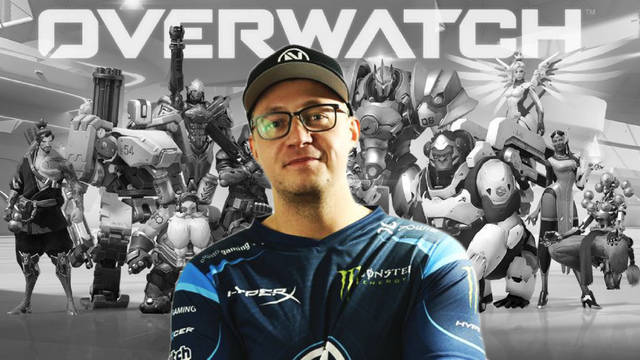 eSports are seeing another huge loss as the official Team Liquid account announced the death of Dennis Hawelka. Otherwise known as “INTERNETHULK”, Dennis was a coach for Overwatch and League of Legends.

A few hours ago, the eSports competitive organization Team Liquid gave an unpleasant surprise to fans of the scene. With a tweet that announced the passing of the competitive coach Dennis “INTERNETHULK” Hawelka. A professional gamer from Germany who was known for his performance in Overwatch last year.

Hawelka was known for his incredible performance as a member of Team EnVyUs. However, after his contract with the competitive team expired, the man turned himself into a professional coach. Leading him to seek alliance with Team Liquid and training the future Overwatch team.

His role as a coach lead Team Liquid into a very fearsome position during 4 separate tournaments. The best of them being the team’s participation during Overwatch Contenders: Season Zero. Where Team Liquid gained the second place in the North American Division.

Sadly, the coach with a promising future has passed away today. And even though his CoD has been disclosed as of yet. Team Liquid disclosed that he was in Santa Monica, California, preparing the people who were going to participate in the next edition of the League of Legends Championship Series.

“We are in touch with his family, and are supporting of them in every way we can while we all try to grasp the loss.” Said Steve Arhancet and Victor Goosens in the Twitter image posted by Team Liquid. “Even though we are still waiting for all the details, we wanted to share this information as we all are part of the community Dennis loved so dearly.”

Certainly, this is a great loss for the eSports scene, and here at GeekReply we offer our condolences to Dennis’ family and peers. Times must be rough, but the very least we can all do is to keep moving forward for his sake. Rest in peace, Dennis Hawelka.