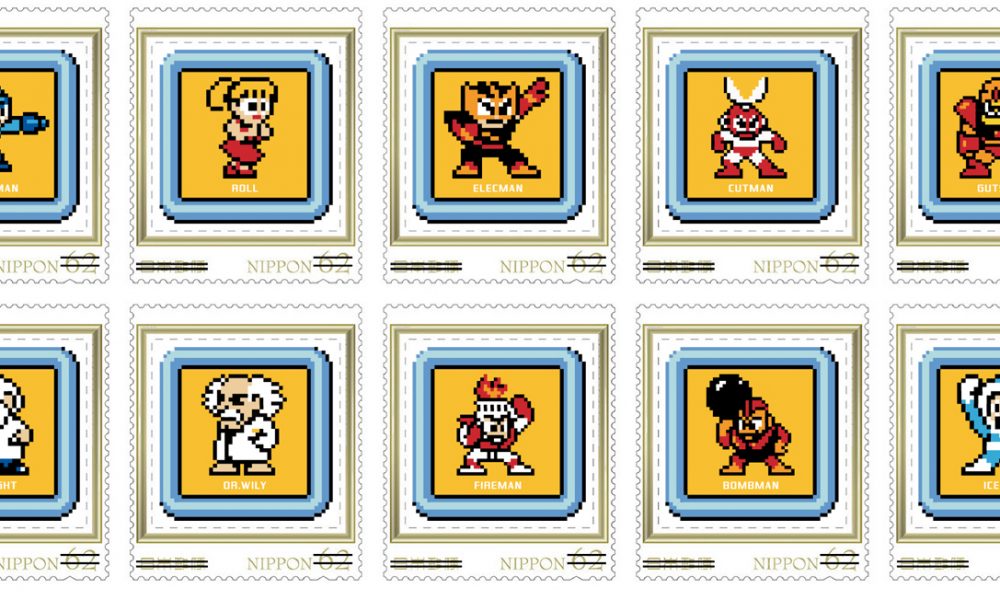 The game had originally come to the NES in 1987. Even though the time of glory for the Super Fighting Robot has long since passed. Many people fondly remember the adventures of Mega Man acrosds multiple games. Japan Post knows this and will try to celebrate on their own way.

All of its Robot Masters (including Roll, Rockman, Wily, and Dr. Light) are represented, and it’ll also come with a t-shirt. If you’re located in Japan Town, you can reserve the set on November 20 for 5,400 yen (or roughly $50).

As such, you will be able to acquire your stamps to send with precious letters to CAPCOM about getting a new game release soon. Considering the Classic Mega Man franchise has been dormant for quite a while now, people really want to see something related to the blue bomber.

I remember the good old days where Mega Man VI was the very first game I played. Afterwards, I played Mega Man X4 and then started beating adventure after adventure. Honestly, I would have these stamps as keepsakes over sending them to someone else.

It simply just has a lot of sentimental value, considering that 30 years ago, Mega Man made his debut and became popular in the states. Even when there are sour reminders that Mighty No. exists, we still will find games worth playing.

There’s not much else to say other than get to japan and snag those stamps. By the time they hit store shelves, a lot of players will be jumping on that and I’m sure we’ll see the prices of those reaching up to $3000 USD or something.