Playtonic Games Teases New Game, Could It Be Yooka-Laylee 2? 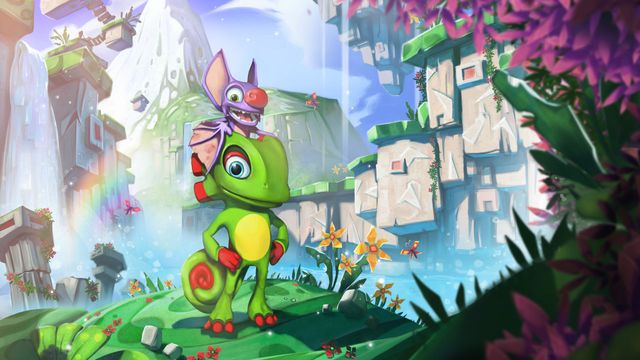 Playtonic Games Teases New Game, Could It Be Yooka-Laylee 2?

If you’ve been following the video games industry at all over the past several years, then the chances are good that you’ve at least heard of Yooka-Laylee. Many of the developers responsible for the Banjo Kazooie series formed a new studio called Playtonic Games, which started a Kickstarter campaign to get Yooka-Laylee off the ground.

The campaign was a massive success and the game’s reviews were mostly positive, but now all eyes are on what the company is planning on doing next. The developer recently took to Twitter to reveal that they will be announcing their next game tomorrow, though that is all the information they were willing to share.

Of course, speculation is already running rampant on what this next game could be. It’s very possible that they could be working on Yooka-Laylee 2, using the solid foundation from the first game to improve and expand upon that formula. The engine for that game still looks great, so it would likely mean that they wouldn’t have to go to Kickstarter again in order to get things off the ground.

This is all speculation at this point, and it won’t be much longer until we have the official news. Playtonic Games will make the announcement at some point on June 7th, and we’ll update you with the news as soon as it becomes available.

Zach RileyNovember 30, 2022
Read More
Scroll for more
Tap
What Can We Expect from Crash Team Racing Nitro-Fueled
5 Most Exciting Announcements From The Xbox E3 2019 Press Conference