A week ago we covered the rumored possibility of a PlayStation All-Stars Battle Royale Sequel. Turns out another leak has appeared deep within the threads of NeoGaf. One such topic was discussing and laying out the current plans of all PlayStation first-party studios. More than hundreds of comments later, an individual uploaded physical evidence of a PASBR follow-up. It’s a bit blurry and looks like it was captured in a rush, but features Nathan Drake, Ratchet, and Aloy or Nariko in front of stadium lights. Which is pretty fitting since the supposed title for the sequel will be PlayStation All-Stars Stadium. You can view the leaked photo below. 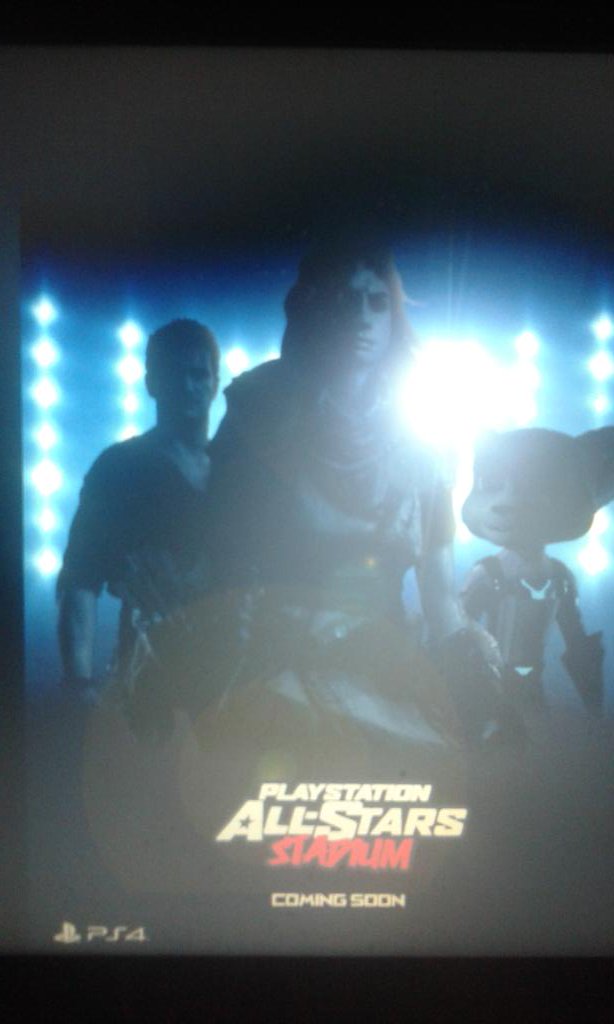 Despite both leaks, we have to remind you that this is still considered a rumor. It seems unlikely, but is very possible that was doctored up. Still I’m personally holding out hope. If the first leak is to be believed, we’ll hear more about “PlayStation All-Stars Stadium” in the near future. Plus, the pic up above does say coming soon. Does that mean it will release before the year’s end? Either way that makes 4chan and NeoGaf where these revelations have taken place so far. Take that as you will.

PlayStation All-Stars Battle Royale was developed by SuperBot Entertainment  and released on November 20th, 2012 for the PlayStation 3. Obviously, there’s still no word on SuperBot returning for the rumored PlayStation All-Stars Stadium. If this in indeed real, let’s hope that Supers won’t be the only way to eliminate opponents, there will be a ton more characters, and a lot more arenas like the first leak mentioned.

What do you think about this now double rumored PlayStation All-Stars Stadium? Do you think it’s real or just a bunch of people with too much time on their hands? Do you miss beating up people with Fat Princess like me? Let us know in the comments below!