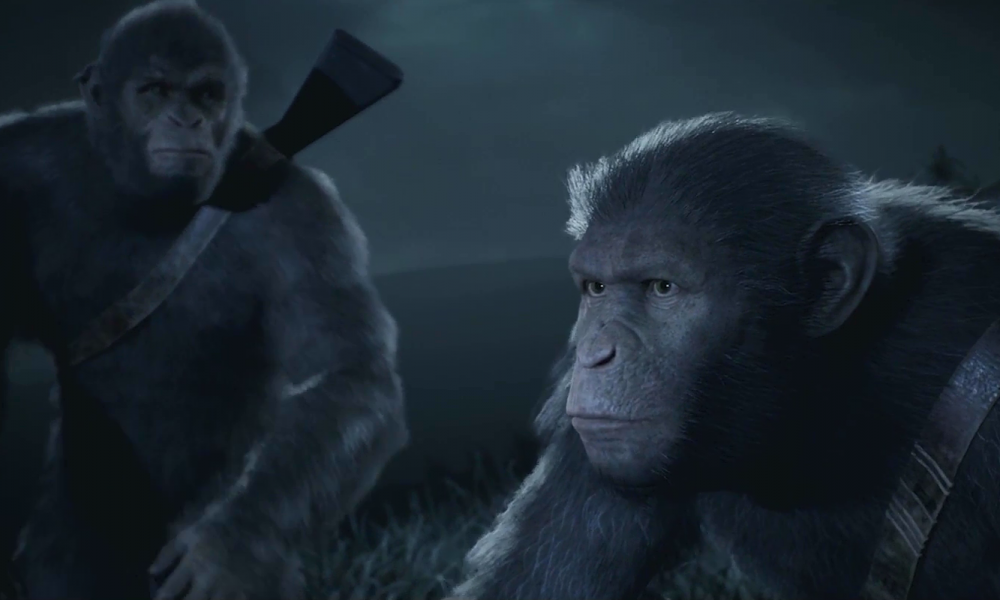 After the success of the new Planet of the Apes trilogy, FoxNext Games has officially unveiled their plans for a game based off the series. Planet of the Apes: Last Frontier has just been announced by developer The Imaginarium as a game that takes place in the same universe as the films.

Planet of the Apes: Last Frontier is a choice-based, cinematic game similar, from what it appears, to games like Until Dawn and Heavy Rain. From what’s been shown so far for the game, we don’t currently know if we can fully control a character or not. However, the player has the ability to make various decisions throughout the game as both apes and humans. So far, the only confirmed playable characters are an ape named Bryn and a human named Jess. Players are also promised multiple endings and decisions that make a lasting impact, thus there is (hopefully) no illusion of choice.

That being said, it seems to tie very heavily into the new Planet of the Apes movies. This has been the explicit goal of FoxNext Games ever since its creation earlier this year. 20th Century Fox created FoxNext as an answer to popular games based on Fox movies, especially Alien: Isolation. FoxNext’s goal in the game industry is to work with other developers in creating games based off pre-existing Fox movie franchises. Planet of the Apes: Last Frontier seems to largely fall in line with this philosophy.

The developer that FoxNext chose to work with on this game is The Imaginarium, who just recently created a games division. The Imaginarium is renowned for their motion capture work on the new Planet of the Apes films. They’ve also done the motion capture for Ultron in Avengers: Age of Ultron and for Maz Kanata and Snoke in Star Wars: The Force Awakens. The company was founded by Andy Serkis, Caesar in Planet of the Apes, who is reportedly executive producing Last Frontier.

Planet of the Apes: Last Frontier is set to release later this fall for PC, Xbox One, and PS4.