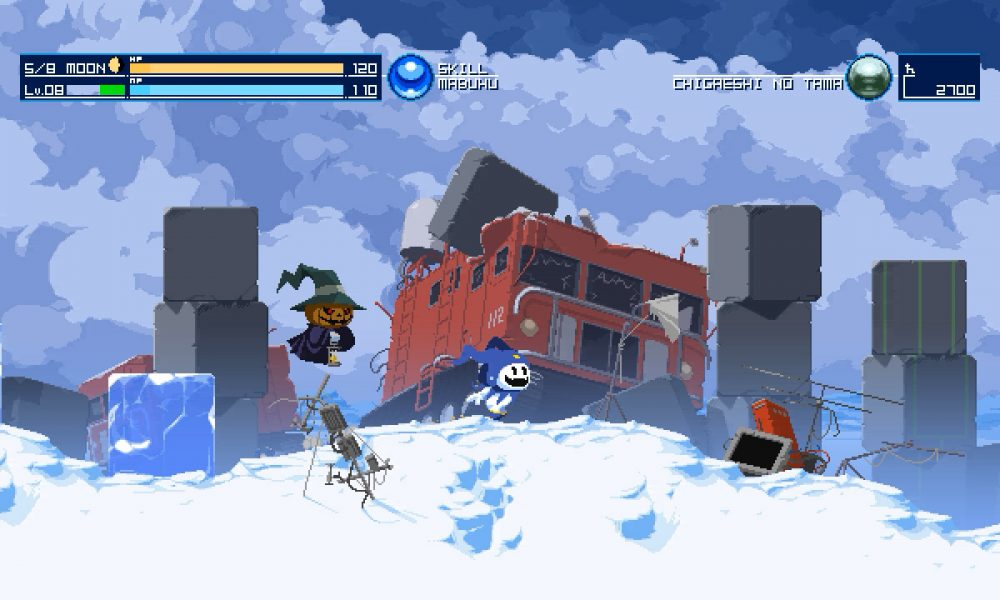 Shin Megami Tensei is an undying franchise. Almost everything associated with the series is pure gaming gold, including the spin-offs. Especially the spin-offs. While these titles tend to be RPGs, some try to break the mold, including the latest spin-off game, Shin Megami Tensei: Synchronicity Prologue. And I thought Square Enix had some weird titles for its Kingdom Hearts franchise.

Synchronicity Prologue stars the two mascots of the Shin Megami Tensei franchise: the brothers Jack Frost and Pyro Jack. The game is a 2D pixelated Metroidvania title that requires players to use the powers of the Jack brothers to fight and platform through dangerous levels, all while collecting new abilities and leveling up to fight ever-tougher enemies. While part of Synchronicity Prologue uses English, the majority of the game is in Japanese, so gamers who want to know what’s going on will be out of luck until the game is released with an English localization. Or until a fan creates a mod that translates all the Japanese into English.

According to the announcement page, Shin Megami Tensei: Synchronicity Prologue “has no direct connection with [Deep Strange Journey].” However, the page also states that Synchronicity Prologue may or may not be indirectly connected with Deep Strange Journey. Maybe the events in one game influence the events in the other? Gamers will just have to wait until the game is released.

Shin Megami Tensei fans are definitely going to enjoy Synchronicity Prologue, as are Metroidvania fans. However, gamers only have until December 24th to download the game.