RWBY: Combat Ready, the Board Game for RWBY Fans, Is Now Funded 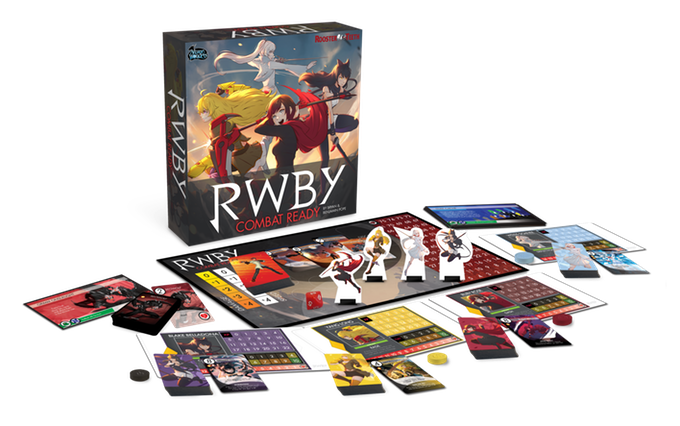 RWBY: Combat Ready, the Board Game for RWBY Fans, Is Now Funded

RWBY has transformed into a global phenomenon. The show, the brainchild of Monty Oum (RIP), is arguably Rooster Teeth’s most popular property, and like many popular properties these days, RWBY has its own board game Kickstarter campaign. That this Kickstarter campaign has already been fully funded with four unlocked stretch goals only attests to the show’s popularity.

The game, RWBY: Combat Ready, will place players in the shoes of the four main heroines: Ruby, Weiss, Blake, and Yang. The board game will be co-op focused and require players to team up to complete missions and fight off bosses, sub-bosses, and their minions. RWBY fans are no-doubt wondering how the makers of RWBY: Combat Ready, Arcane Wonders (creators of board games such as Mage Wars Academy and and Sheriff of Nottingham) translated the show’s high-octane and decidedly anime fight scenes to flat, static cardboard. Arcane Wonders has went with a card-based mechanics that require players to strategize, cooperate, and when worse comes to worse, risk everything on all-or-nothing attacks. The game looks complicated, but a very enjoyable kind of complicated, especially for RWBY fans.

The RWBY: Combat Ready Kickstarter campaign started less than a week ago on September 27th, but over the weekend it achieved its $250,000 goal. Since then, the campaign has received enough money to unlock four stretch goals: three new in-game missions, an upgraded  rulebook with a  paperback cover and four pages on the making of the game, upgraded game cards with black core, and three more in-game missions. The Kickstarter campaign includes plenty more stretch goals, including plastic miniatures instead of cardboard player (and villain) pieces, extra boss and sub-boss add ons, card booster pack add ons, and new player character add ons. And did I mention that the last stretch goal, set at $550,000, includes a brand-new, never before seen character set to premiere in a later episode of RWBY? That’s right: Rooster Teeth is willing to give faithful RWBY fans an exclusive, extended sneak peak at this character but only if they spend a lot of money on the Kickstarter campaign and  buy the add on.

If you consider yourself a RWBY fan, you’re probably already sold on the concept of a RWBY board game. Pledge tiers start as low as $45 plus $8 shipping for the board game and reach as high as $10,000 plus shipping for two copies of the game (one of which is signed by the game’s developers), 5 x 7 art prints, a t-shirt, a commemorative coin, and three visits to Rooster Teeth Animation Studios (travel and accommodation not included). Although, fans who want a super-special reward should go for either the $500 tier, as it contains an animation cel from the RWBY show, or the $2,500 tier, which includes a personalized print by Rooster Teeth production artist Patrick Rodriguez.

I look forward to the eventual release of RWBY: Combat Ready.