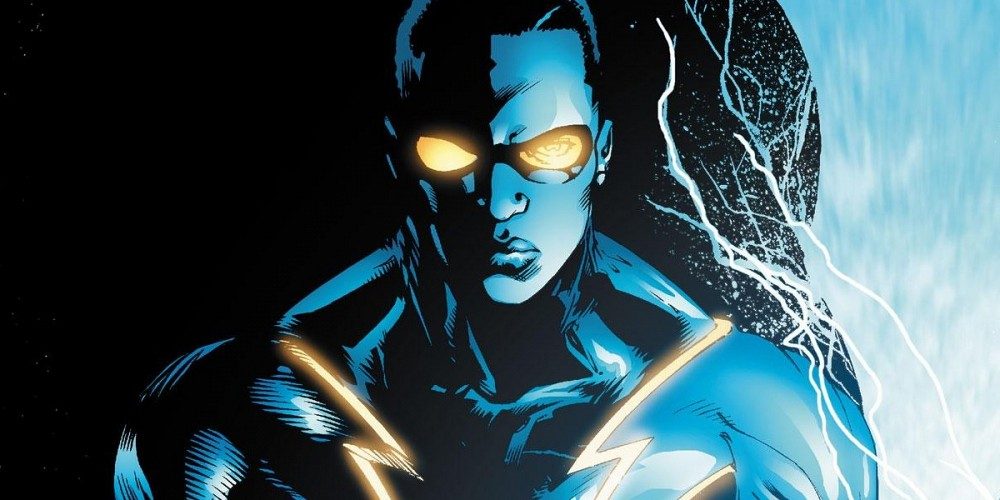 Although DC Shows already take up two-thirds of CW’s timeslots, there’s no harm in adding another DC show right? Today the CW revealed the first image for the new upcoming Greg Berlanti produced show, Black Lighting. The show features Cress Williams( Prison Break, Hart of Dixie) as the titular Black Lightning character. You can see how he looks after donning his costume directly below.

So far this is only the costume they will be using in the pilot for Network Upfronts in May. It’s possible that the costume will be altered if Black Lightning is picked up for the 2017-2018 season.

Berlanti has stated if the show is ordered to series it will exist in a universe separate from the already established “Arrowverse” where it’s DC contemporaries such as Flash, Arrow, Supergirl, Legends of Tomorrow take place. Berlanti said this about as well Supergirl prior to her crossover with The Flash during the first season, so who knows how much weight this holds.

CW has released the show’s synopsis:

Black Lightning centers on Jefferson Pierce. He made his choice: He hung up the suit and his secret identity years ago, but with a daughter hellbent on justice and a star student being recruited by a local gang, he’ll be pulled back into the fight as the wanted vigilante and DC legend Black Lightning.

Aside from Williams, the show will star Christine Adams as Jefferson Pierce’s ex-wife Lynn and China Anne and Nafessa Williams McClain as their daughtersAnissa Pierce and Jennifer Pierce.

Frankie WallaceMay 10, 2022
Read More
Everything Worth Knowing About The Classes Of Lawbreakers
Try Your Hand At Gwent On PS4 This Weekend