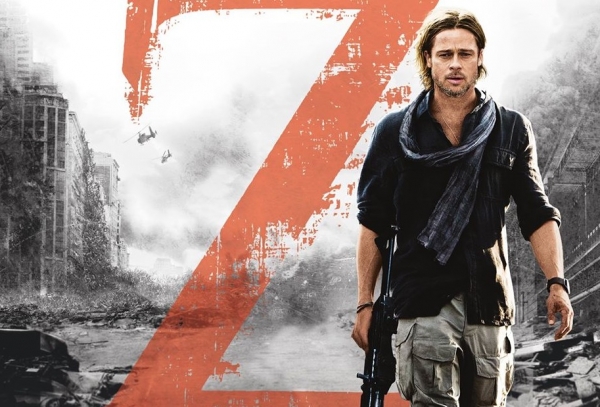 Zombies seem to have been increasingly popular in recent years, with recent cinematic outings including Zombieland and World War Z. Elsewhere The Walking Dead has seen zombies take over our TV sets. The reasoning for this interest is up for debate. Could viewers be preparing themselves for an imminent apocalypse? Or, are we all just seeing a little escapism from our everyday lives? Whatever the reason, zombies are a good crowd puller – something that contributed to World War Z pulling in gross profits of over $220 million. But World War Z didn’t start in cinemas, it is actually based on a book written by Max Brooks. He overcame struggles with dyslexia to become a TV writer before going on to forge a career as a novelist. Having previously published 2 works of zombie based fiction, Brooks released World War Z: History of the Zombie War in 2006.

The novel had spent 4 weeks on the New York Times bestseller list. Seeing the promise in this novel, Paramount Pictures brought World War Z to the big screen in 2013. Directed by Marc Foster, who had previously achieved success with films including Quantum of Solace, and starring Brad Pitt. The film sees the world fighting to overcome a zombie pandemic. With armies and governments failing to combat this apocalyptic force, Gerry Lane, played by Pitt, takes action. He travels the Globe in order to try and save humanity from destruction. As you may have guessed, the world was not destroyed. Which has left Paramount open to the possibility of producing a sequel. Those crafty devils.

So, what do we know about World War Z 2?

Since 2006, Brooks has wrote further short stories based in the World War Z universe, so writers have plenty of content to work with. But it is not yet known which of these stories will be used to construct the script for the sequel. Could the writers even have another fresh idea up their sleeves? Paramount is keeping quiet about the project but reliable sources suggest that Pitt is on board. It has been reported that he is in talks with previous colleague David Fincher. The pair previously achieved great box office success with Fight Club. Is Pitt eyeing up another such success story in this sequel? He may have a tough job on his hands with Fincher being very suspect of sequels. With the suggestion that filming could start as early as next spring, producers are going to have a secure a deal soon