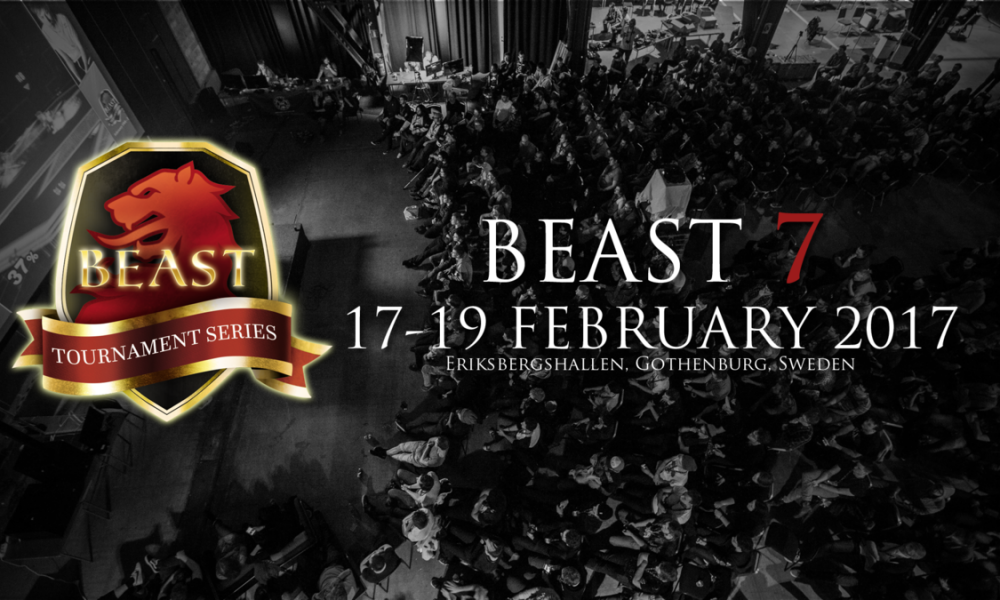 BEAST 7 was a national Sweden tournament on February 17-19 of 2017. With hundreds of attendants and some of the world’s top Super Smash Bros. players. The competition was fierce and the games were incredible to watch. Not to mention, there was a very great ambience to it. 6 months have passed since the tournament ended. And the winners still haven’t received their prize money, and the organizers suggest that they’re not going to get it at all.

Adam ‘Armada’ Lindgren, one of my favorite Top Super Smash Bros. Melee players has been owed around €2000 for coming first in both the game’s Singles and Doubles brackets. He decided to take his frustration on Twitter, where he said that BEAST hasn’t told him what happened to his earnings.

Absolutely unacceptable.
Not sure what else to say, seems like another Pound 5 situation, really tired of this shit https://t.co/Tc3Kpa1fY0

What you have seen in the tweet above is the situation according to another top player “Mr. R”. However, he got an explanation via e-mail from the BEAST staff that the host “Lolex” wasn’t going to deliver payment.

“The accusations against Lolex made him isolate himself and made it hard to try and work out anything since he’s the one that is paying out in the end. We’re still working on it though and hopefully it will be sorted out as quickly as possible. As for how quickly that is, I do not know. I can only hope you understand.”

This only led to more and more angry tweets from many of the winners and attendants. To the point where Mr. R was contacted again to ask of him to stop posting the e-mail. The reason for this being that it could only result in commentators and other organizers also not receiving payment.

BEAST’s Staff issues and non payment problems in other eSports

Since this point, a new statement has been made from BEAST, explaining that winnings cannot be paid out due to “unexpectedly high costs of running the tournament.” The representative stated that they were concerned for Lolex’s mental health, having isolated himself, and were unwilling to push him too hard on the matter.

With the growing nature of the eSports events. Organizers seem to start to fall behind a lot in their promises. Of course, this is a big PR issue for the TO’s and competitive players. And this isn’t the first time or only game where it happens.

Winners of the 2016 CS: GO World Championships haven’t yet been paid, even after seven months since that event happened. A year ago, esports company Doesplay went out of business and disappeared, still owing thousands of dollars to players in prize money.

It’s really concerning. But at the very least these cases don’t repeat themselves way too often. However, there also needs to be a drop of these cases happening. That is if the community wants to remain reliable when it comes to eSports payouts.