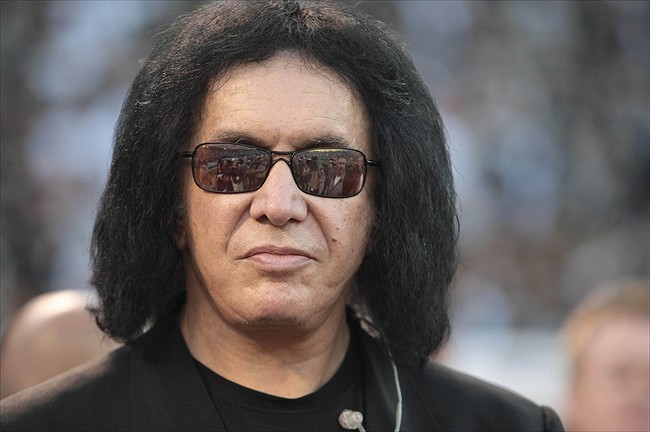 Bass player from KISS, Gene Simmons, told the press the reason why his home from Los Angeles was raided by LAPD’s Special Forces a month ago. The internet crime against children task force spent a lot of hours in the musicians home looking for evidence against the real perpetrator. Gene Simmons and his family are not suspects in the investigation, someone supposedly downloaded inappropriate images of children from their computer.

One morning when Gene and his wife were returning from a walk, police was waiting in front of their door with a search warrant and Gene offered his full cooperation in the investigation. Apparently, last year while KISS was touring, someone used their internet connection to download horrifying child pornography. The monsters also uploaded pornographic content involving children, but they still don’t know if these acts happened directly from the musicians computer or the computer was hacked.

Simmons explained in an interview that he doesn’t really understand how it happened but the FBI installed them a new firewall for now. ‘I wake up happy every day. I’ve never had a bad day in my life. Probably because my mother barely survived the concentration camps of Nazi Germany – as a result, whenever I have a bad hair day, I kick myself and say: ‘What the f*** are you complaining about?’ Simmons added.

Until the investigation is concluded the singer was asked not to discuss matter about the incident and because the Simmons family agreed to fully cooperate there is not much information about exactly when or how it happened.