The new life saving drug Repatha from Amgen, showing to reduce risk of heart attacks and strokes with more than 20% and people with heart disease, getting great reviews from doctors and patients, but still what group not interested – investors.

Amgen’s Repatha scored high marks and results from a large scale clinical trial released Friday, a study that cost the company a $1 billion dollars to produce. That’s not he only massive price tag. The drug costs $14.000 for an annual prescription. 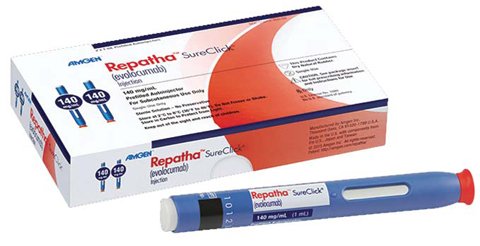 Insurance companies are currently rejecting doctor prescription requests at a rate of 75%. Instead they are willing to pay just $100 a year for current cholesterol fighting drugs like Lipitor. Those drugs however are less effective in a more serious cases of heart disease.

Heart disease is the leading cause of death among both man and women in the United States.

Despite the positive result of the Repatha test, share of the Amgen company fell, the stock is at the lowest performance ever. Biotech and drug companies are come under intense scrutiny for exorbited prices on medicines with president Trump adding it’s voice in an attempt to further pressure the industry to cut prices.

I am working on a new system where there will be competition in the Drug Industry. Pricing for the American people will come way down!