It may have helped Trump get elected but do the results of the British and French elections show that tide has turned against populist politics? 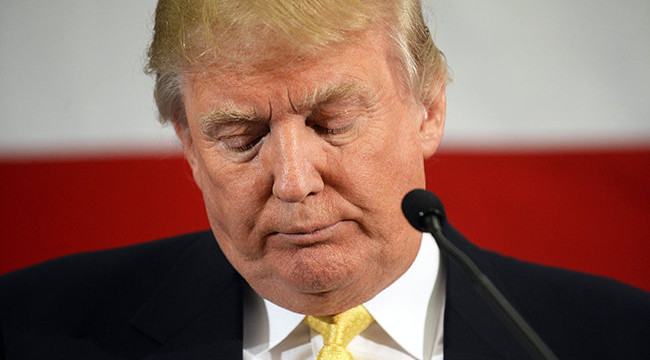 It may have helped Trump get elected but do the results of the British and French elections show that tide has turned against populist politics?

Those of us who consider ourselves to be to progressives have woken to a number of deeply unpleasant bombshells over the last couple of years. The British awoke to the reality that their country had decided to walk away from the European Union and the world watched in horror as the Americans elected a reality TV star with no experience in governance to one of the most powerful offices in the world. The fear was that populist politics was on the precipice of spreading across the Western world like wildfire. Or to put it in the words of the French National Front: “Their World is crumbling, ours is building”

Those fears have proven to be unfounded. First the Dutch rejected Wilders in their election. This was followed by the French electing Macron by a landslide in their recent Presidential and Parliamentary elections to the expense of his rival Le Pen. Now the British have rejected the Conservative vision of a hard Brexit and of a Britain unfettered by European employment and environmental regulation. It seems like voters are beginning to reject populist politics.

Populist parties across Europe have begun to decline, contrary to all expectations

The tide appears to have turned against the wave of right wing populist politics that Trump rode into office. Many expected that Marine Le Pen would win the French elections and that the AfD would come to prominence in Germany but it simply hasn’t happened. There are some theories that Trump’s election was the turning point. European nations saw the disarray that Trump had thrown the United States into and had second thoughts about electing their own populists. 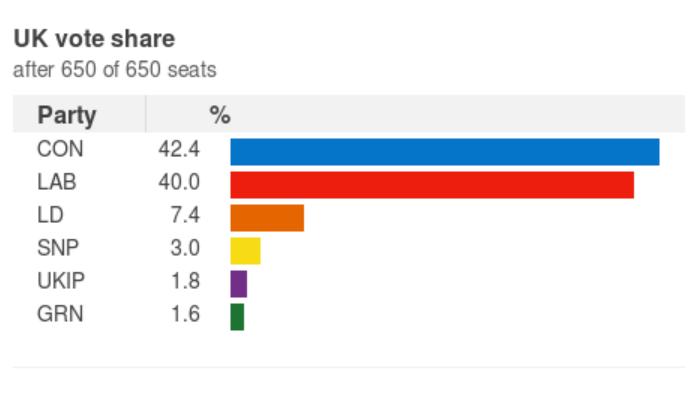 Corbyn’s Labour denied the Conservatives the landslide victory they were predicted to win – Credit: BBC

The reality is more complex. One could argue that the manifesto and policies so key to Jeremy Corbyn’s success in the UK elections were similar to the populist left wing policies that made Bernie Sanders so popular in the United States. The British First Past the post system also led to a great deal of tactical voting in order to prevent the Conservative Party from securing a huge majority. The Conservative party also put on a poor performance, with Prime Minister May’s popularity collapsing over the course of the election.

Rejection of populism is as much down to economic realities as ideology.

There is also an economic argument at play. It is tempting to equate the French and British elections as a rejection of nationalist populism but in reality both Macron and Corbyn had a strong economic backing.

Corbyn was elected on the back of years of relatively harsh austerity policies imposed by the Conservative and coalition government. These policies have led to massive cuts in public services, huge increases in student loan debt and general private debt. The Police, Fire service and health services all faced deep cuts under the Conservative government and people were tired of it.

Mr Corbyn ran on a campaign of reversing tuition fees, increasing public spending and bringing many public utilities back under state control. His own party did not believe his manifesto could win. Yet it proved hugely popular with a public who were sick of spending cuts and were staring down the barrel of job insecurity, lower wages and tax rises should the Conservatives win again. Undoubtedly, a desire to prevent a hard Conservative Brexit played a role but in the end people voted with their wallets. Like Corbyn and Trump, Macron was considered to be an outsider when he first stood. Unlike Trump and Corbyn Macron very much represented the liberal wing of the French establishment. Mr Macron was elected on a mandate of reforming the French Labour markets to make them more compatible with those of central and Northern Europe. Many of his policies are inventive but they are very centrist and establishment in their nature. Macron’s victory was, in many ways, a signal from the French people that they wished to join a new modern Europe. A Europe that until Macron’s victory, France had not really been considered part of.

The fact is that Britain is now facing down the stark reality of populist decisions. They are faced with a potentially disastrous no deal cliff edge exit from the European Union. Even if Britain do change their minds and elect to remain part of the EU they will find their place in the world irreparably diminished. The recent General Election highlighted just how unstable the situation in the United Kingdom has become.  This instability seems to have made European voters pause before giving their support to populist politicians.

America is now facing a similar reality. Trump has already severely damaged America’s standing in the eyes of many of her allies and fears that he will abandon NATO have undoubtedly bought Europe closer together.

Trump’s inexperience in governance has led to a number of foreign policy blunders. Including exposing classified information to the Russians and inadvertently revealing the location of American nuclear Submarines. On top of this he has begun to pull America out of major international treaties, like the Paris Climate Treaty and the wheels of impeachment are in being set in motion.

Seeing the realities of populist politics may well have made voters stop and think before casting their ballots. After all; “getting your country back” doesn’t mean very much if you can’t put food on the table.

Is Assassin’s Creed Origins Truly Reinventing the Series?
Brand Rivalries: How Fandom Feuds Don’t Apply to the People Working Behind the Scenes