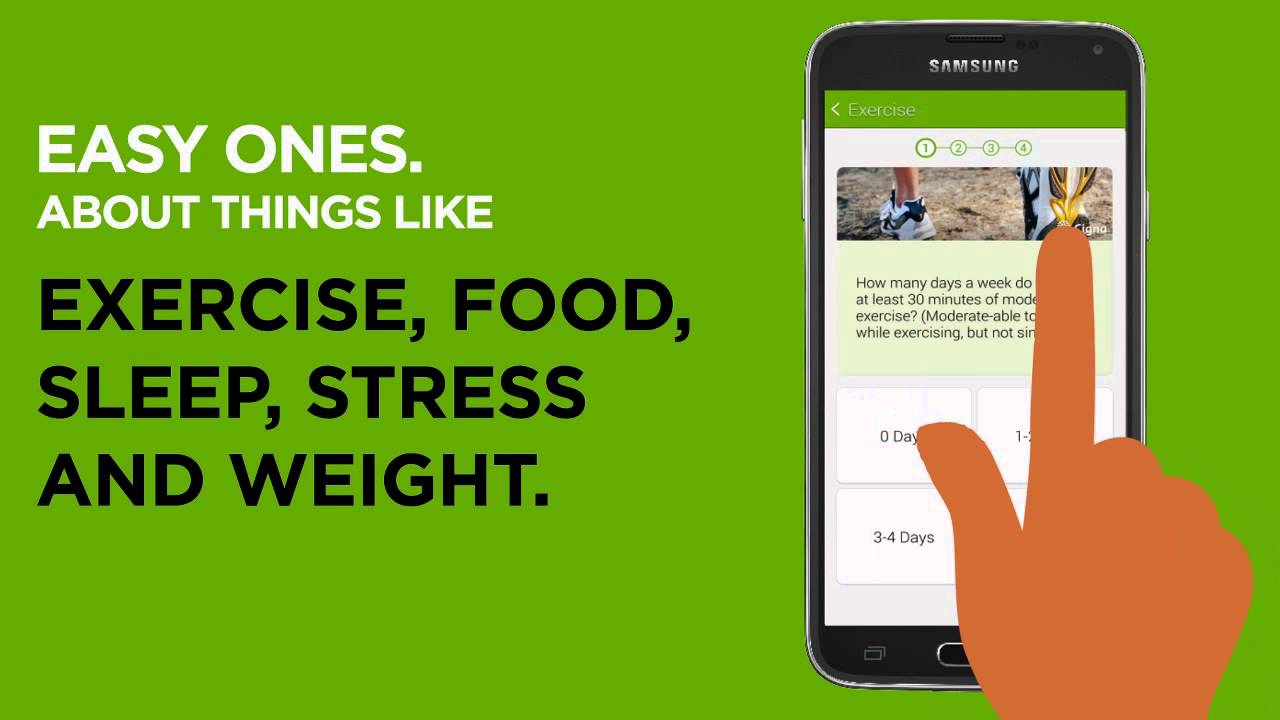 Samsung has released a version of the health app Coach by Cigna that’s customized for Samsung’s S Health fitness tracker. Coach not only analyzes your daily fitness statistics, but hopes to tailor a fitness regime around your lifestyle based upon psychology.

“With less than 20 simple questions, we can get to know your style, your preferences and the best ways to meet you where you are and help get you to where you want to be.” Spokeswoman Heather Valteris said in a press release.

The questions supposedly assess your psychology and then place you within one of three personality subsets: planner, daydreamer or explorer. The categories determine whether you’re ‘disciplined’ or ‘disorderly’ (ouch) according to the app.

After the Coach app identifies your personality, a regime is designed that could work even with the ‘disorderly’ types. The reminders come in the form of checklists, that schedule exercises and suggest certain foods.

By interfacing with S Health, Samsung’s native fitness app, Coach gains a wealth of information on its user. S Health tracks the users’ steps and heart rate via a sensor on the back of Samsung’s Galaxy handsets, effectively making it a fitness tracker that you don’t have to wear around your wrist. This integration makes it much easier for Coach to design its checklists because the user doesn’t need to manually input their fitness information.

Coach is just one of many health apps on the market. Fit Star Personal Trainer, sponsored by NFL celebrity Tony Gonzalez, and Nike’s Nike+ Training Club are two other popular fitness alternatives. But Coach is among the few health apps that dispenses fitness instructions and nutritional advice.