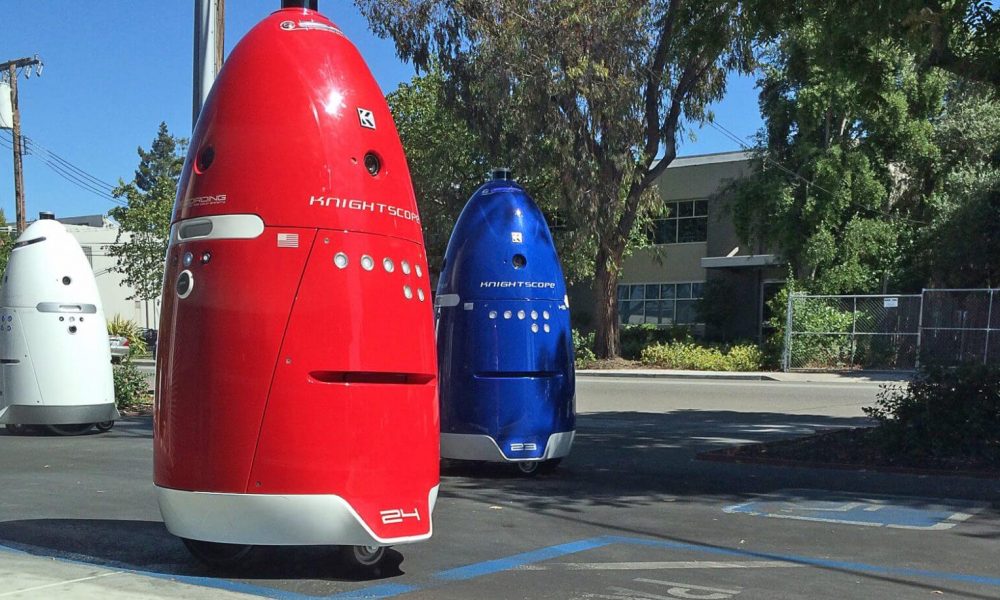 Security and crime prevention are big deals these days. Everyone and their grandmother has his or her own ideas how to make life safer, but what happens when an invention designed to prevent crime becomes a victim of crime itself?

This news item requires a bit of backstory. A Silicon Valley robotics company known as Knightscope develops and produces autonomous patrol robots. Currently, two different robots are available from Knightscope: the K3 and the K5. Both look like a cross between R2-D2 and a Dalek, with a little Cylon thrown in for flavor in the K5. The K3 is designed to patrol indoor areas such as office buildings and shopping malls, while the K5 is primarily designed to patrol outdoor areas. Neither robot is equipped with weapons, so the chances of them going out of control like ED-209 is basically nil. Instead, Knightscope robots can only report crimes to the authorities, from simple vandalism to violent assault.

So, what exactly happened to these robots? According to sites such as CNET, a man by the name of Jason Sylvain drunkenly assaulted a K5 on patrol, in Knightscope’s parking, lot no less. All Sylvain did was shove the robot to the ground and scuff its paint job, but K5s weigh 300 lbs. How Sylvain mustered the strength to pull of this stunt, especially while drunk, is beyond me. Of course, since the K5 is designed to report crimes, it did its duty while it was under assault.

“The robot did exactly as it was suppose to do — the ‘assault’ was detected and immediately reported,” explained Knightscope vice president Stacy Dean Stephens. “The alarms on the robot sounded, the suspect attempted to flee the scene and was detained by one of my colleagues and me until the Mountain View Police arrived.”

Sylvain was also charged with prowling and being drunk in public. According to Stephens, Sylvain tried to explain that he was an engineer and that he was “testing” the K5. Whether or not Sylvain actually is an engineer or if his claim was just a fabrication to get out of trouble is unclear. Regardless, Sylvain’s drunken assault on the K5 ironically tested its ability to perform its duties while under attack. While we do not know what will happen to Sylvain, we pray that he did not unintentionally start the robot apocalypse.

Aaron GreenbaumMay 22, 2017
Read More
Will Apple blast off into space with Internet satellites?
Does “Bill Nye Saves the World” Live Up to its Name?