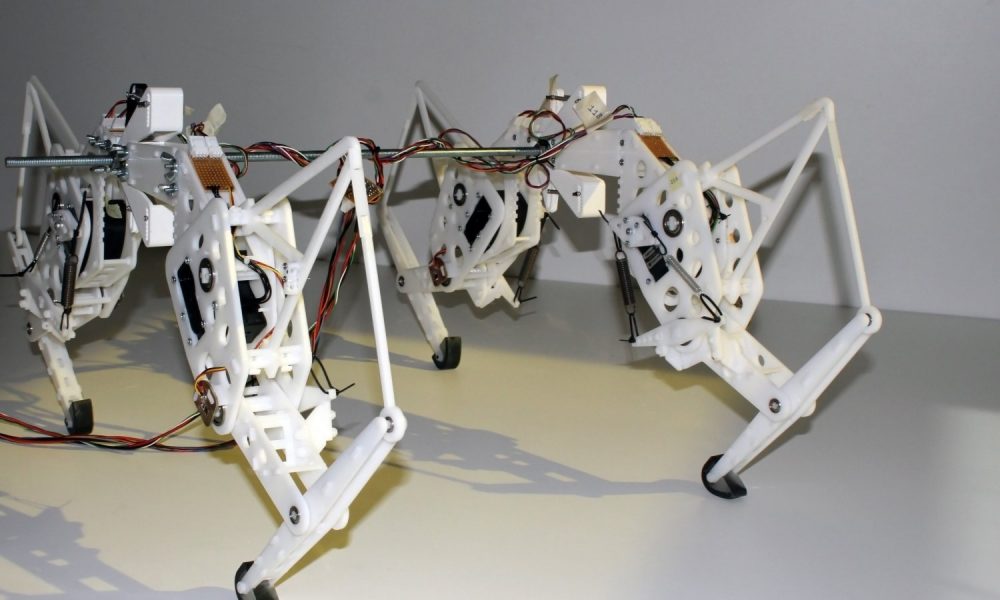 As the saying goes, imitation is the sincerest form of flattery. According to Geert Folkertsma, a researcher at the University of Twente in Enschede, Netherlands, it is also the best way to make robots more energy efficient.

Efficiency makes the world go round. Literally. If animals weren’t energy efficient, they would probably die if they did not eat every few hours. Every year, car companies try to develop vehicles that get more miles to the gallon, i.e., are more fuel/energy efficient. Even though we do not have to worry about energy efficient robots just yet, Folkertsma decided to get a head start on the issue and prototype one for a doctoral research project. Instead of creating a novel energy system or super-powerful battery, he essentially copied the structure and movements of cheetahs in order to maximize energy efficiency (sorry, had to sneak one Beast Wars joke into this article).

“As you might expect of the fastest land animal in the world, the cheetah makes very efficient use of its energy,” explained Folkertsma. “I wanted to create a robot that runs the same way, with the aim of applying this knowledge to the development of new robots. Robots are bound to play an increasingly important part in our daily lives and therefore we have to ensure that they can move effectively in our environment. My robot vacuum cleaner, for example, cannot climb stairs or even cope with thresholds. We therefore need to develop robots that can walk and when it comes to moving around efficiently, there’s a lot we can learn from the cheetah.”

Folkertsma examined videos of cheetahs and analyzed their movements. He concluded that the the cheetah’s flexible spine was the key to its energy efficiency and designed the robot to mimic the cheetah’s movement to the best of its ability. Folkertsma also used springs to mimic the cheetah’s muscles’ ability to efficiently store energy. “The trick was to imitate it without complicating matters unnecessarily: instead of vertebrae and invertebral discs, we worked with a cleverly placed spring that delivers approximately the same effect,” Folkertsma explained. “Cheetahs are also able to store a lot of energy in their muscles for later use. This too is something we have imitated by fitting carefully selected springs in our robot’s legs.”

Folkertsma’s robot is, as he describes it, a “simulated skeleton, complete with muscles and joints.” The robot, when you take into account weight and speed differences, only uses fifteen percent more energy than a cheetah. This sets the robot apart from BodstonDyamic’s cheetah robot, which is designed to run fast like a cheetah and not as efficiently as one. Regardless, designing this robot is the first step steptowards energy efficient robots, because a powerful battery can only go so far.

Aaron GreenbaumMay 22, 2017
Read More
Grand Theft Auto V’s Traffic Environment Is Being Used To Test The Next Wave of Driverless Cars
Will Apple blast off into space with Internet satellites?