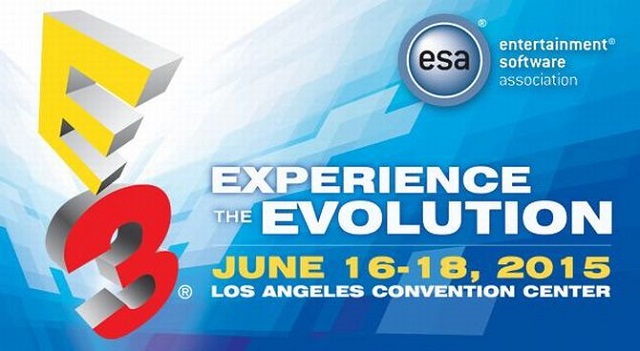 It’s almost that time of the year again my friends, the time when representatives from most major gaming companies take the stage in an attempt to put on a good show and convince us to buy their upcoming products. I’m talking of course about the Electronic Entertainment Expo, otherwise known this year as E3 2015. The highly anticipated event is expected to feature a lot of equally highly anticipated games, as well as many new ones that are being kept under wraps. We’re still a little over a month away from E3 2015, however, predictions and speculations have traditionally started at least one month prior to the event so in an attempt to continue this long-running tradition, I’ve compiled a list that includes some of our most highly anticipated games for 2015 and beyond.

Needless to say, our most highly anticipated games might not be your most highly anticipated games, but I’m sure you will agree with at least a few of these picks. Right off the bat I need to mention that several big hitters like Batman: Arkham Knight, The Division, Halo 5: Guardians, Uncharted 4: A Thief’s End and a few others did not make the list because although they will most certainly be at E3 2015, we’ve already heard a lot about them (perhaps even too much) over the last several months and don’t expect any surprises. Instead, we’re looking for games that have only been briefly teased, left us longing for more, or not officially announced yet still expected to be there. Since E3 2015 will feature a plethora of highly anticipated games we might as well also include some of the wildest predictions possible. In no particular order, our ten picks are as follows:

We’re kicking things off with a game that hasn’t been announced yet, but I believe that E3 2015 will be the perfect place to change that. I spoke at length in a recent article about why that is, but to make a long story short, Bethesda has traditionally released or at least announced a new TES title every four or five years and guess what? Skyrim was first announced more than four years ago, which means that if Bethesda sticks to their usual development cycle we should hear all about The Elder Scrolls 6 very soon. Additionally, the company is hosting their very first E3 conference this year and that suggests that something big is brewing. Granted, it might not be The Elder Scrolls 6 but rather our next entry on the list. As a side note, if it is The Elder Scrolls 6 I’m almost certain that it will take place either on the Summerset Isles or Elseweyr.

I’m sure you saw this one coming a mile away and I don’t blame you. As mentioned, Bethesda will host their very first conference at E3 2015 and Fallout 4 is their other highly anticipated game that we all wish to see there. There’s little to no indication that Fallout 4 is actually in development, but it seems almost unimaginable not to hear something official about it at some point. Bethesda did confirm that one of their E3 2015 games will be an RPG and that’s enough reason for us to hope for the best. If The Elder Scrolls 6 doesn’t end up being revealed next month at the expo I think that Fallout 4 is definitely going to, especially when considering that it’s been more than 6 years since Fallout 3 was first released. I doubt Bethesda will take much longer so here’s hoping for the best.

Previously known as Assassin’s Creed Victory, AC Syndicate is this year’s mandatory installment that comes as a surprise to no one. This time around Ubisoft are tackling Victorian London with their latest title and rumor has it that the game will feature actual good stealth mechanics for once. Despite playing as an assassin, the series was never all that good at making you feel like one, but maybe this will change with the upcoming sequel. As it happens, Assassin’s Creed Syndicate was confirmed by Ubisoft only a few hours ago and there’s already some pre-alpha footage if you want to watch it, so I won’t spoil any of the game’s details here. Why do we want to see Assassin’s Creed Syndicate at E3 2015? I’m mostly interested in seeing how Ubisoft plans to regain our trust after the whole Assassin’s Creed Unity fiasco. Presumably, the company put extra effort into Assassin’s Creed Syndicate to make up for past mistakes, which means that this particular title should be way better than the last. Guess we’ll just have to wait and see.

For some reason this game seems to be burned into my brain and I don’t really know why. Aside from the announcement trailer showcased last year at E3 we don’t really know much about Scalebound. Perhaps it’s the mystery that makes it so intriguing. Developed by Platinum Games, Scalebound looks like an epic adventure where you slay dragons and other mythical beasts while at the same time being yourself allied with a dragon. You also swing a cool sword, summon armor, and rock some pretty sweet headphones. What’s not to like? Not sure if it will be present at E3 2015, but I think the chances are pretty high since this is an Xbox One exclusive and Microsoft are known to use the expo as a launching pad for all their big games.

Yet another Xbox One exclusive, Quantum Break has been in development for what seems like an eternity. This is a title that promises a strong narrative that will not be confined to the game itself as Quantum Break will also have a live-action series aimed at blurring the line between fantasy and reality. We already know that  the game will be intimately linked to the show, but more details in regards to how this whole thing works would definitely be appreciated. Having said that, the main feature of Quantum Break (for me at least) is the time manipulation mechanics. There aren’t many good games out there revolving around this mechanic but maybe it’s time to change all that. I’m pretty certain that Remedy Entertainment have prepared an awesome Quantum Break presentation for E3 2015 and I’m really looking forward to it.

It should be no surprise that Mass Effect 4 is on the list as this is by far one of the most highly anticipated games of 2015. It also happens to be the game I’m most excited about playing this year, or the next, or whenever Bioware plan to release it. There’s very little doubt at this point that Mass Effect 4 will be present at E3 2015 if you ask me. In fact, I’ll even go as far as to say that we’ll get both a trailer and a release date for the sequel to the highly acclaimed sci-fi trilogy. There’s really no point in talking again about the tiny bits of info revealed so far as they have already been covered to death and will not get more interesting if we mention them again. Bottom line is that Mass Effect 4 will have very little to do with the trilogy itself so we should prepare ourselves for something entirely new and likely quite awesome.

Chris Roberts’ Star Citizen marks the final step in the resurrection of the space sim, a genre that has widely been neglected until very recently. Additionally, this is the most successful crowd funded project of all time, with more than $82 million raised thus far. That in and of itself is enough to get us interested, but the main reason why we’re excited to see it at E3 2015 is because it looks simply incredible. I expect Chris Roberts and Cloud Imperium Games to put on a good show next month and reveal many new details, as well as some new gameplay footage. After all, backers of the project and space sim fans alike are very curious to see what all that money is being used for. There’s a lot riding on this mister Roberts, don’t let us down.

Despite often being called Mirror’s Edge 2, this is actually a reboot of the 2008 action-adventure title, not a sequel. The game is once again being developed by DICE and currently has a release date of early 2016. Mirror’s Edge has been showcased at both E3 2013 and E3 2014, although surprisingly few details have been revealed so far. Then again, since this is a reboot we can probably expect it to be more or less similar to its predecessor. Still, the original Mirror’s Edge is a very unique and fun game so hopefully we can expect the same from its reincarnation. Expect more details on the game during E3 2015. Don’t want to be a Debbie Downer here, but since things have changed a bit since 2008 you can probably also expect EA to announce various DLC and pre-order bonuses for the game. Pretty sad, I know.

I’m pretty sure this isn’t on most people’s highly anticipated games at E3 2015 list, but hear me out here. How many years have passed since the last decent Warhammer title? That’s right, way too many. Although I’m a much bigger fan on the Warhammer 40K universe, this upcoming fantasy RTS has given me hope for the future of the whole franchise. Besides, the Total War series is well known for its awesome games and I’m praying hard that Creative Assembly can deliver one more time with this most recent installment. Judging by the announcement trailer released last month Total War: Warhammer is looking to be quite an epic game, however, it’s also worth pointing out that the trailer was all CGI and that no gameplay footage has been showed just yet. I’m very optimistic about seeing some gameplay footage at E3 2015 and quite excited about this whole game in general, which is something that I can’t really say in regards to all the other Warhammer games made in the last 3-4 years.

And finally let’s talk a bit about a highly anticipated game that’s pretty unlikely to show its face at E3 2015. Despite this, I don’t think we should rule it out completely just yet. Earlier this year at GDC 2015 Valve finally confirmed the Source 2 game engine following months of speculation. It seems reasonable to assume that Valve are now working on a great game in order to show off the capabilities of the new engine, right? As far as we know the company doesn’t have any other games in development right now, so hoping that the first Source 2 title will be Half Life 3 isn’t that far fetched. Besides, Gabe Newell and co. need now more than ever something that can impress and distract their fans because after the recent paid mods scandal even the most loyal of PC master race gamers have started to lose faith in their spiritual leader. A Half Life 3 confirmation would definitely be able to put Valve in everyone’s good graces again and help us forget their attempt at ruining the modding community as we know it.