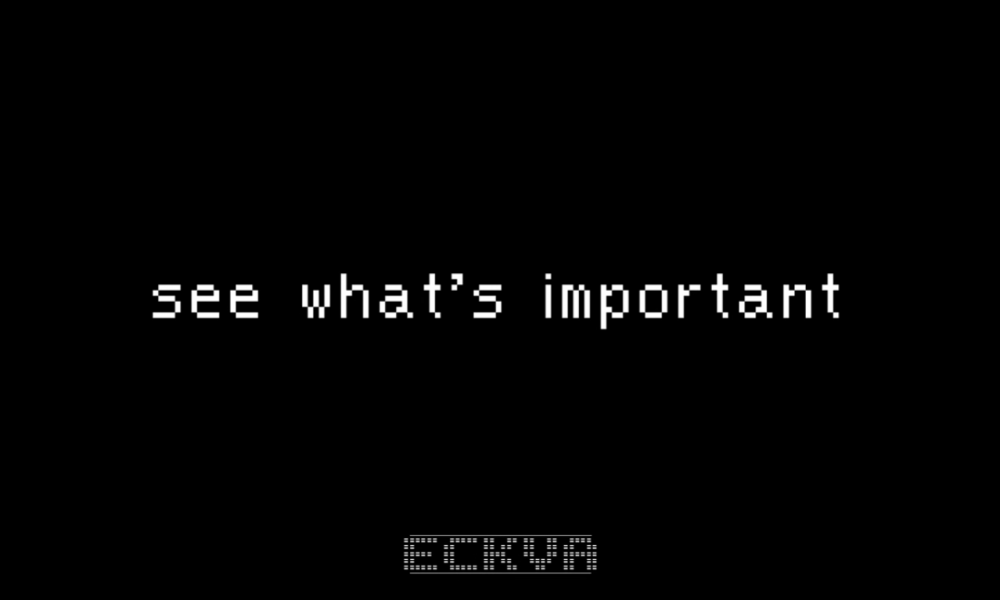 Let’s start with a new ARG series I have wanted to cover ever since I started covering the Waking Titan ARG. ECKVA Network is an important development in the ARG YouTube web-series because it’s the true sequel to the already popular Marble Hornets. However, how can this new ARG compare to the web-series that popularized Slenderman?

So many things coming to your Television Set.

ECKVA is a web-series that starts right after the abrupt ending of the defunct series Clear Lakes 44. The premise as of now has remained a mystery outside the Youtube channel, which started doing videos publicly since October 2016. However, what many people haven’t realized is that there was a long story that transpired since September of the same year.

The people who participated in the Marblehornets.com ARG that was transpiring parallel to Clear Lakes 44 received an e-mail from the owner of CL44. Danielle Scott, which informed of a recent acquisition by a rival network. 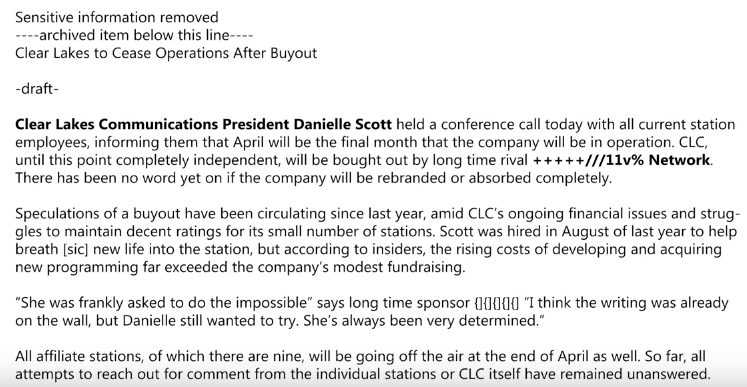 i see with new eyes

From this point, users received another set of e-mails regarding a bogus support ticket that required them to introduce their phobias. Responding jokingly would give them a message that read *error returned: truth required”. When answered truthfully, users got a response to their email that read:

Users soon found out that the signature was actually the name of a website, namely, ECKVA.net. Which is an archive website that was offline until October 5th, 2016. When the automatic database logger posted all the fears players of the ARG have given to Danielle Scott’s e-mail.

However, the truly haunting fest was about to begin when users received individual emails from a set of 4. Each containing a different image attached to the email. The community had to come together to find out what they meant. Here you’ll find some links leading to the images that were received on the emails.

People found out later that the images formed the word “ALIS”. Which should be considered a different spelling of the name “ALICE”. A few days later, people received another email that gave more insight regarding Clear Lakes 44’s acquisition.

The Well that goes deeper and deeper. What’s ECKVA Network?

The case wasn’t closed with this, however. The community managed to find the ECKVA Youtube channel by solving another series of puzzles. By the time it was found, nothing had been transmitted as of yet. However, that was soon to change because another update was coming for the players. One that revealed another twist regarding Clear Lakes 88 and its acquisition by ECKVA.

By the end of the whole pre-ARG phase, a lot of players are left wondering what happened to Clear Lakes 88. Who is this ECKVA and why is it taking over the Marble Hornets accounts. And more importantly, who is in charge of the current accounts supposedly ran by Danielle Scott now that she stepped down.

And then. We catch the first glimpse of the ECKVA channel coming to life, with an upload to the Youtube channel on October 13, 2016:

The video makes the company’s intentions quite clear. ECKVA wants their audience to “stay inside” and “see what’s important”. But oddly enough, by the end of the transmission we are met with a “NOTES: – NONE – ” screen. What does it mean? We’ll return to it in Update 1.

Notes on ECKVA Network so far. My opinions and thoughts on the beginning.

ECKVA Network really pulls no stops in regards to player involvement in the ARG. The puzzles were complicated by the start and if it weren’t for the FWAN Discord server, we wouldn’t have the data to do this primer to begin with. I’d like to congratulate the people in the server for making a comprehensible timeline that I could refer to. Great job!

The beginning portion of the ARG had a lot of answers to some mysteries in Clear Lakes 44. However, it also brought a whole new bunch of questions for the veterans of the ARG. One thing’s clear, Clear Lakes 44 belongs to ECKVA now, and it had a shady past alongside unfavorable working conditions.

And the plot will only become heavier from this point onwards.

Andrew DoughtyDecember 5, 2018
Read More
Sonic Mania’s DRM got Cracked in less than 8 Days
Malta is Leading the Way in Bitcoin