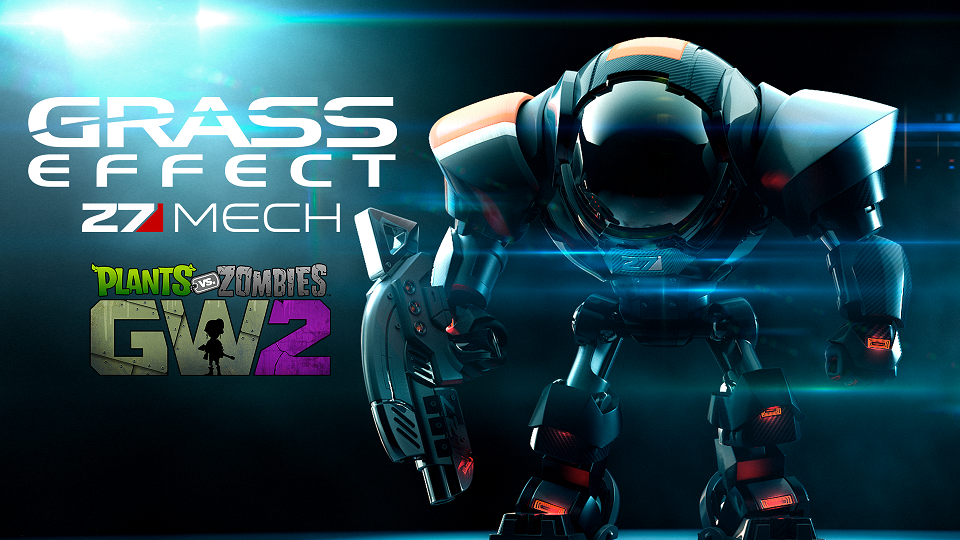 PopCap Games Took the Stage at Gamescom to reveal an all new trailer & info for Plants vs. Zombies Garden warfare 2

EA’s blistering day at Gamescom has finally wrapped after they unleashed a treasure trove of information about several of their upcoming games. A big part of their showcase was PopCap Games upcoming Plants vs. Zombies Garden Warfare 2. Excitement about the sequel to their breakout hit has been growing ever since it was announced. Last month at E3 we saw a huge amount of gameplay and great new details, but PopCap wasn’t finished yet.

They brought plenty of ammunition to Gamescom to keep the hype train rolling. First by revealing an all-new gameplay trailer called Moon Base Z. The almost two-minute long trailer shows that Garden Warfare 2 won’t be sticking players in nothing but suburban warzones. The plants will also be making an assault on the zombies moon base. Thwarting a dastardly plan involving a giant magnet.

Moon Base Z, as the area is called, will be filled with space to give players a chance to plan their assault from any angle. Moon Base Z is the perfect playground for the insane non-stop action that Plants vs. Zombies Garden Warfare is so famous for. Hopefully, Moon Base Z is an example of how open to strategy Garden Warfare 2’s other 11 other maps will be like. Either way PopCap wasn’t finished showing off just yet.

They took the opportunity at Gamescom to introduce the first of what we can expect to be many pre-order exclusive items. They announced a partnership with legendary RPG maker Bioware to create unique content for Garden warfare 2. Gamers who pre-order the game will have access to the Grass Effect Z7-Mech (playing off Shepard’s N7 rank in Mass Effect).

The Grass Effect Z7-Mech was constructed by Dr. Zomboss to protect Zomburia’s galactic future. The mech will be sporting a Zomni-tool on top of “interlocking ceramic plate armor with kinetic padding.” It’s designed to augment the damage of other abilities like biotic and tech. The Grass Effect Z7 almost feels like EA and PopCap took the Mass Effect joke too far but it still looks like it will be a fantastic toy for players.

What do you think of the Grass Effect N7-Mech and the newly revealed Moon Base Z map? Do you plan to pre-order Garden Warfare 2 to get a hold of all the goodies its sure to offer? Sound off in the comments below.