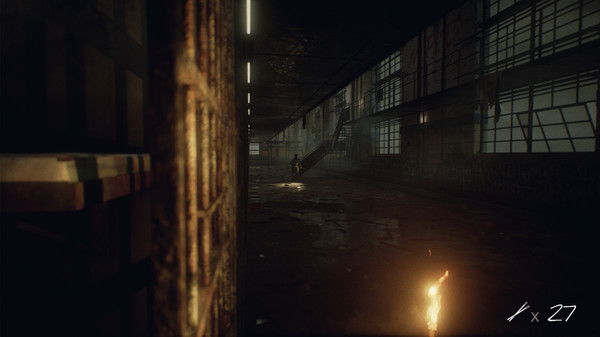 The one word I’d use to sum up the Inmates announcement trailer is ‘claustrophobic’. The tagline certainly doesn’t help dissuade me from that observation, “the most disturbing thing about Jonathan’s nightmare is that he may not be dreaming.” Lovely.

Created by Davit Andreasyan and published by Iceberg Interactive (who have also published Killing Floor 2, Endless Space and Starpoint Gemini 2), Inmates sees you take control of Jonathan, who has unfortunately woken up from a nightmare and found himself in a less-than-charming prison cell.

As Jonathan attempts to convince himself (and thus you, presumably), that this is just a nightmare, players will attempt to discover the reason behind his imprisonment while solving ‘intense and mind-bending puzzles’ in a suffocating and disturbing setting. The trailer certainly invokes a dream-like atmosphere, with indistinct and muddy visual effects, a sort of clumsy feeling in the movement and the massive crowd of supernatural looking cellmates.

While there isn’t much gameplay to go on in the trailer, we’re assuming there’ll be lots of environmental puzzles to be solved and camp beds to hide under when the aforementioned mob comes knocking.

Set for release ‘within the next few months’, Inmates is a PC exclusive that will offer full controller support and clock in at around 3-4 hours. Not bad for just $9.99.

You can view the trailer below:

What Metroid: Samus Returns Could Mean for the Franchise
For Honor Gladiator Character Review