Wyrmwood Has a Place Among the Zombie Hordes 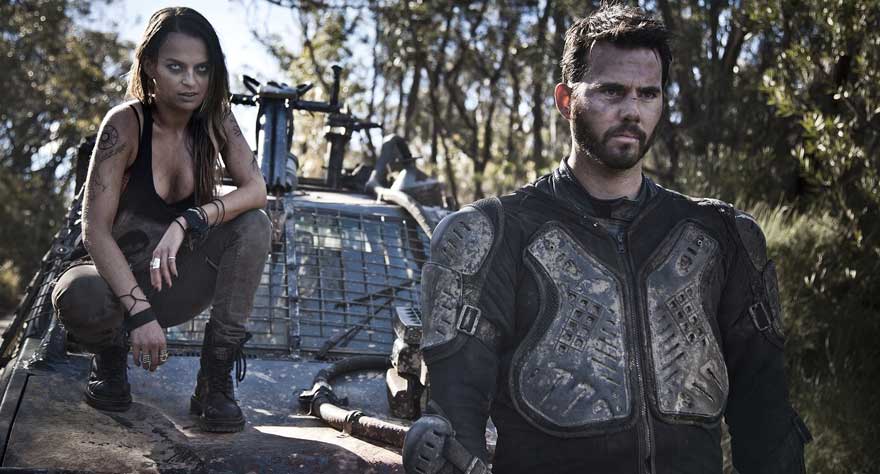 Wyrmwood Has a Place Among the Zombie Hordes

Those of you who’ve read my articles before understand that I’m a bit of a zombie fan (the half-sleeve is also a dead giveaway). However, I’m rather particular about what I consider a good zombie film. My selectivity comes from the boundless number of bloated corpses floating in the genre since Shaun of the Dead relaunched the walking corpse legacy in the early 2000s. Following in Edgar Wright and Simon Pegg’s footsteps, every Tonya, Dick, and Jeffe with a spare thousand bucks and a high-end cam decided to slap together an undead flick.

While I applaud their creative effort and independent spirit, the undead subgenre is awash with mediocre fare, for which Hollywood is just as much to blame (*ahem* World War Z. The book was so much better.). For this reason, when I discover a zombie film that actually impresses me, like 2014’s Wyrmwood, I want to shout it from the body-strewn post-apocalyptic rooftops of the future.

Loosely based on an apocalyptic biblical prophecy, Wyrmwood opens as a meteor shower dazzles the Australian outback. Before anyone can quote Paul Hogan or Steve Irwin, a lightning-fast plague spreads through the populace, infecting many with that old familiar incurable cannibalistic eating disease. After being attacked by her assistants in studio, Brooke calls her brother Barry to warn him about the very real threat. Alerting his family, they flee the city in search of safe haven. Unfortunately, after removing their masks, his wife and daughter succumb to the rapidly manifesting plague, forcing Barry to kill them and nearly kill himself–save for missing bullets.

Running out of gas in the wilds, Barry happens upon another band of survivors, including sardonic Benny and dour mechanic Frank, who’s holed up in a remote garage. Quite by serendipity, the ragtag gaggle discovers that while gasoline is no longer flammable, zombie blood is (huh?). They rig up a zombie-powered Mad Max-mobile and burn off in search of Barry’s sister and a better, more-fortified location to fend of the undead multitudes.

One of the latest zombie rompers from Down Under, Wyrmwood is a credit to its small yet austere regional pedigree. The Australian-New Zealand area has been a hotspot for unique and quirky horror–especially zombie flicks–since Peter Jackson turned the film world crimson with Braindead (aka Dead Alive). Since releasing his ultimate gore fest, it seems his efforts inspired several generations of indie splatter-hounds to give it a go. Unusual and amusing efforts of note include 2005’s Undead, 2006’s spastically funny Black Sheep, and 2009’s Last of the Living.

I swear I’m not a zombie. They just made me watch “House of the Dead.”

In several ways, director Kiah Roache-Turner’s debut film is a somewhat refreshing take on the overcooked genre. Wyrmwood endeavors to work a little CPR magic on the zombie film with little touches like flammable walking corpses who only are fast at night, when they’re not incendiary (although Barry still managed to set one ablaze by accident during the night). Another nice touch is his sister Brooke (spoiler alert!). Captured by the ubiquitous creepy army doctor, she’s injected with zombie blood as part of his twisted and seemingly pointless experiments—although we assume his motivation is loosely based on finding a cure for the disease. After several doses, Brooke gains some sort of hive-like awareness with the other prisoners—a sort of zombie sensory perception (or ZSP).

Sure, the film has a few flaws. Nothing’s ever perfect. The rescue of Brooke seems a little Deus ex machina for me, but it’s a thrilling one nonetheless. Also, the creepy doctor isn’t nearly as creepy as he is irksome–no matter how many different ways I’ve seen it done, the Reservoir Dogs dancing-while-doing-something-messed-up homage still feels played out. But aside from a handful of sequences that don’t work as well, the acting is solid for low budget and the movie overcomes most other limitations with sheer Aussie bravado. I especially dug the characterization and portrayal of Benny. His flippant attitude act as a fun counterpoint to the steely determined Barry and the otherwise dismal reality of the film’s environs.

In a crowded and often less-than spectacular-field, though, Wyrmwood is a genuinely enjoyable picture. Comprised of all the right ingredients: a solid plot, a decent cast, and an enjoyable couple of zombie twists—as well as a host of undead film homages—this stomper from Down Under sets itself apart from an often mediocre genre.