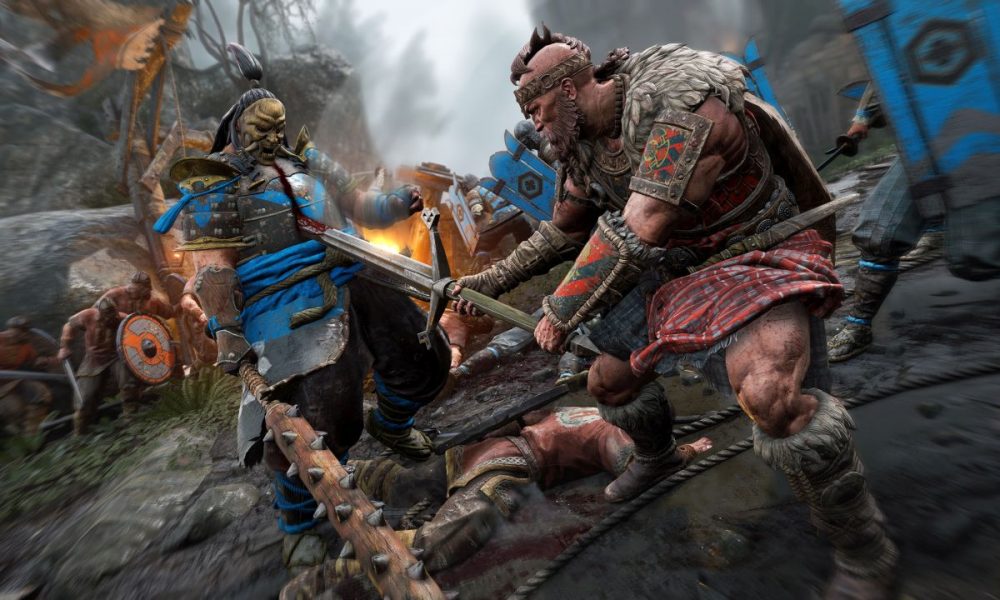 Nothing plays quite like the Highlander. Hybrid to the core, this Technical Fighter character has the biggest learning curve so far.

The first thing to get to grips with regarding the Highlander is the two stances; Defensive and Offensive. Defensive form has access to Block, Parry and Guardbreak whilst Offensive form has access to a number of un-blockable attacks. Notably, the Highlander has the ability to ‘Fast Flow’ into Offensive form and this is where the big damage comes in. Chaining fast lights into superior lights, un-blockable grabs and heavies is possible, but a few days still hasn’t been enough for me to do this reliably.

Timing is an important part of effectively using the Highlander, particularly the Celtic Curse move. Celtic curse is a heavy over-head that gains super armor, but can also be cancelled into a side dodging heavy (also with super armor). Sounds complex, yet has a satisfying feel when pulled off successfully. It also forces the opponent to play defensively, pre-empting the direction of attack for fear of taking a sizeable chunk of damage.

Players will quickly realise the combination of slow attacks and high stamina use are the pitfalls of the Highlander, leading to many calling it the lower tier class compared to the Gladiator. I would agree with this view, but also see a number of highly skilled players performing elaborate and unpredictable combos with the character to great effect. Put the time in and expect most people to not be prepared for your onslaught.

Kilts and animal skins best summarise the look of the Highlander and fit perfectly into the rugged designs characteristic of the Viking faction. Claymores are undoubtedly impressive looking weapons and the sheer size of it is incredibly imposing. Most notably, the Highlander is the first character with a completely uncovered face, so if you like the idea of your hero staring into the eyes of their enemy then enjoy!

Armor and weapon customizations generally maintain the raw look, with some of the higher tier weapon gear pieces being the only departure. They are magnificent, however, and add to the sense of superiority you will probably feel at having mastered the class at that point. Personally, the Bran design seems the best balance between elegance and practicality.

If you like the complexity of the Shinobi, the pure power of the Raider and an array of un-blockable attacks like the Lawbringer, then Highlander is a good bet. For Honor classes him as a ‘Hard’ character to learn and for good reason. I will be sticking to simpler heroes myself, but will be very wary of Highlanders knowing how dangerous they can really be.