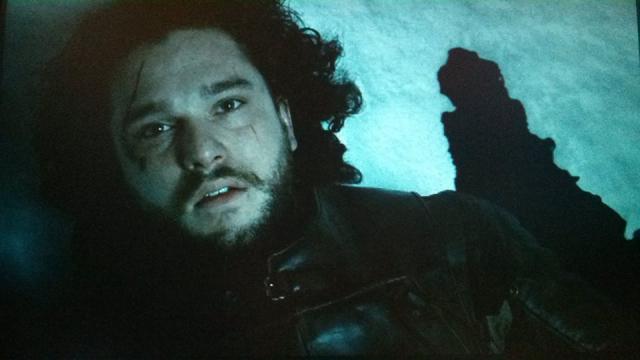 All of the “Game of Thrones” fans have been really upset since they witnessed the horrible death Jon Snow had. As all of the biggest fans, there are some of us who still hope that our beloved author George RR Martin will bring back our favorite Stark character. It seems, though, we are not the only ones who want this thing.

The President of the United States, Barack Obama is a big GOT fan as well. And obviously, like all of us, he wants to know what will happen to Jon Snow in the next season. Will he have a great comeback or is he really dead?

Well, the president of The United States was the first one who found out.

At the Comic-Con conference, which took place on July 10 in San Diego California, the director of the “Game of Thrones” series David Nutter told the truth to the president. He confirmed the fact that Jon Snow is DEAD. During the conference, president Barack Obama turned around, put his hand on Nutter’s shoulder and asked him, “You didn’t kill Jon Snow, did you?”

Bless the president for his decision of confronting the director! At this point, David had no choice. However, much as he wanted to keep the truth away of the series’ fans, Barack Obama insisted until he gets his answer.

And he got it. David Nutter said, “Jon Snow is deader than dead. I thought I was going to be sent to Guantanamo or something, but fortunately I’m here- but he’s dead.” Barack’s Obama reply was, ” You keep killing off my favorite characters”.

We know dear president, Jon Snow was everybody’s favorite character too. However, the worldwide fans of the “Game of Thrones” series, kept speculating and spreading rumors about Jon Snow’s return. We can not simply deal with the fact that Jon Snow is dead. Even though he got stabbed several times in the chest, we still hope he will manage somehow to come back in the series and in our hearts.

So what do you think? Is really Jon Snow “deader than dead”? Or David Nutter had the guts of lying the president of The United States of America? Let us know!