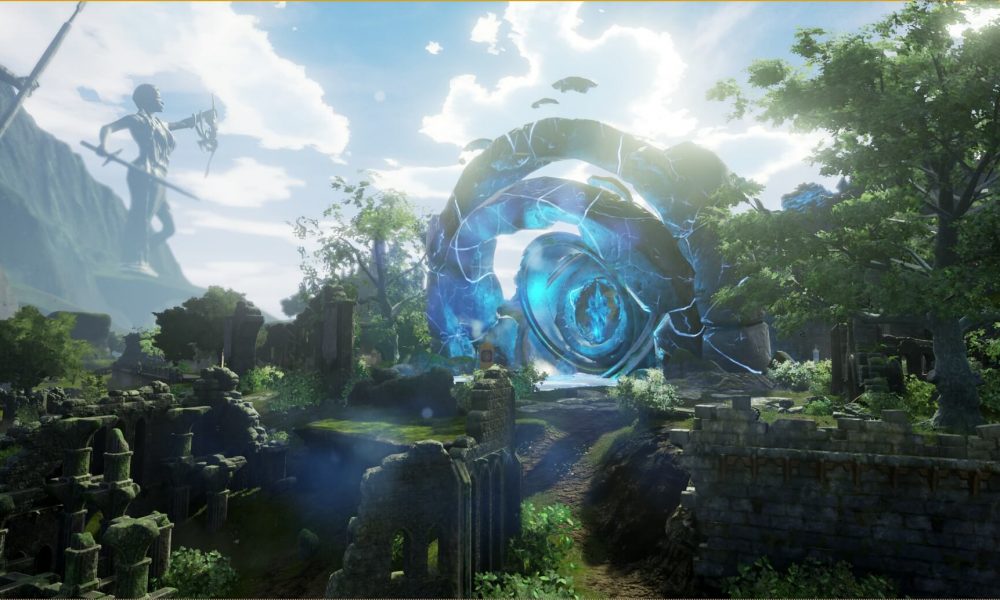 The folks over at Intrepid Studios have decided to show some progress on their game Ashes of Creation. The upcoming MMORPG seems to be quite the visual spectacle from the Alpha Zero trailer that has been shown.

The trailer consists of an epic music piece while we go through the designs of the environments of the game. You can almost feel yourself fighting inside these forests, flowing rivers and incredible stone formations.

I would love to say that the greatest aspect of Ashes of Creation will have to be its environmental design. Merely for the reason that this game looks extremely beautiful with the Alpha Zero showcase. However, the game has to be played before any judgment in regards to how good the game is can be placed.

“As part of our open and transparent development process, we are showing you today an EARLY look at our first testing environment called Alpha Zero.” Mentions the lead of the project, Steven Sharif. “There are many internal testing phases that will lead up to our Closed Alpha One launch in 2018. The team is grateful for your support and enthusiasm for Ashes, and we promise not to let you down. “

This game is the work of over 60 developers that try to make a good MMORPG. According to the website: “Ashes of Creation is a unique take on the MMO experience.” The game will take on a dynamic approach over the usual static method many other MMO’s have offered.

Once again, I must applaud the great designs provided by the developers at Intrepid Studios. The Alpha Zero trailer just shows how beautiful the environments will be once players are thrown in. Considering that these are the places where the players will have Player vs. Environment Battles, it’s nothing short of great. You can look at the trailer right below: