Natus Vincere beat Counter Logic Gaming 2-1 to qualify for the quarter finals at DreamHack Open: Cluj-Napoca. The games went 16-9 on Train (Na’vi’s pick) 10-16 on Cobble (CLG’s pick) and 16-8 on Inferno. Na’vi moves on to face Luminosity Gaming in the playoffs tomorrow.

The games didn’t feel all that close, which is unfortunate for CLG, but they managed to win the rematch of the map they lost to Na’vi on their first day, and that’s worth celebrating. Jdm was the constant on team CLG throughout the series. He was the most consistent impact player, and the awp helps with that. Casters touched on the fact that tarik was quiet most of the series, save for an exception ace on a banana rush in Inferno, and that’s troubling as he is supposed to be not just their best player, but a top North American player period. It’s back to NA for Team Liquid, Cloud 9 and CLG, and this major didn’t draw any deciding lines on who deserves the title of top team. 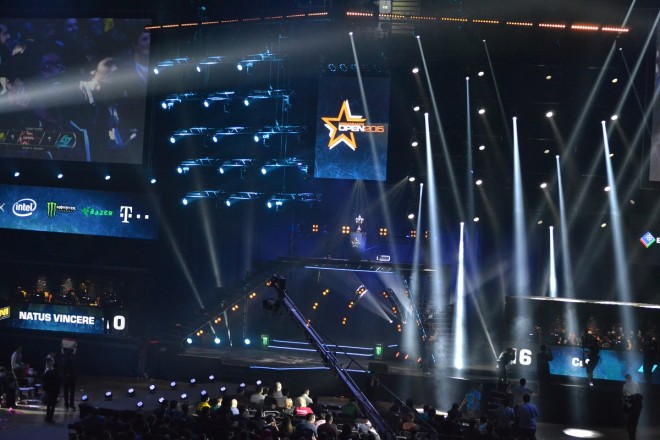 Na’vi won fairly easily. It was 2-1, which is closer than most predicted, but it never felt like they were in danger of losing the series. Yes, zues’ Molotov play at the end of Cobble was odd, but that’s the type of play that looks pro as hell if it works and stunningly silver when it doesn’t. They moved to Inferno where they established an early lead on the counter-terrorist side. Once they hit 14 rounds won, they began to experience some resistance from CLG who was now on the favored CT side, but 16-8 should aptly display the amount of danger Na’vi was facing in losing control.

Luminosity Gaming is up next for Na’vi in a game that will prove interesting if nothing else. LG beat Cloud 9 on their way to the tournament, upsetting many skin bets, and went on to beat them at the LAN, and they were among the eight teams invited to the LAN. Of the eight teams invited, all eight made it to the playoffs. Not one team that qualified through online tournaments landed a spot in the quarter finals.