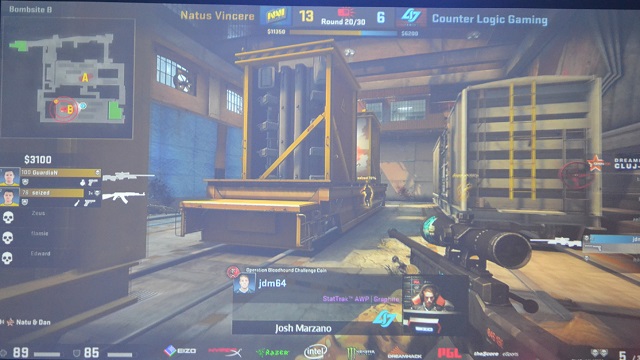 After a back and forth pool bracket we go into the playoff bracket of Dreamhack Cluj-Napoca where we watched as the teams that were sent into the lower side of the bracket played to try to make it to the semis where each individual winner of the pools await. We start with Cloud 9 being tasked to take down Fnatic who have had a very hot, and cold tournament. Cloud 9 came in throwing the best they had; however it was clear how out classed they are. One would think Cloud 9 could scrape together a win on their map choice, but that was not how the script would play out today. Cloud 9 were torn apart by Fnatic who had no answer to Krimz, and Olofmeister putting up 43 kills between the two of them.

Cloud 9 put together 0 rounds on their T side showing the futility, and struggle of trying to overcome the challenge before them. Cloud 9’s best gunman on the map Freakazoid was only able to put up 15 kills ending with a -2 kill-death difference. It was the second map that we saw bright moments from Cloud 9 with more secure team play, but it doesn’t matter how crisp your movements and team rotations are if the men pulling the triggers can’t hit the targets, but it does make for a close match. Krimz showed up this match as well with 21 kills, but for Fnatic it was their second half adjustments that kept the game out of Cloud 9’s reach.

G2 vs. Mousesports was odd considering that each team lost on their chosen map despite them being home maps. The first map was Mirage. This was my game of the day, as Niko was putting up massive numbers like he was a man possessed. Picking up 4 kills with the Desert Eagle on round 17 which was an eco-round so all they had were pistols. G2 had some money management issues in both the normal rounds and over time, but the team made proper rotations after kills denying vital positional information from Mousesports. In the late half of the game Mouse pushed their score to 15 finding themselves on match point, but G2 ran with the next five rounds to send it into overtime. G2’s fox lit up the 30th round finding 4 Awp kills to punch G2’s ticket into overtime. G2’s poor money management almost cost them the game, but through proper teamwork strung together the rounds to seal the deal and take the first map.

Map two on G2’s choice Inferno was close, but Mouse seemed in command that game with the team as a whole putting up great numbers across the board. Niko once again had the hot hand dropping 24 kills along teammate Dennis. G2 could not take the duels with Mouse’s gunners which would leave them in unfavorable situations fighting shorthanded. The random map choice Cache was a stomp for G2 deciding to leave mouse in the dust. The stat score-line while looking nice for G2 does not do justice to how one-sided this game was. The entry fragging and picks from G2 were just too much for Mousesports to handle and come up with any sort of answer; at halftime the score was 11 to 4.

NIP vs. Titan was a 2-0 in NIPs favor which started with Titan losing a nail-biter on NIP’s map choice Cache. After a 9-6 half, Titan looked composed and set to take this map, but a poor T side put an end to that notion. Titan had great fraggers, but they could not break the NIP defense on their CT side. NIP won their map, but it was a sloppy first half with nothing to write home about as it seemed Titan lost the game instead of NIP winning. NIP shook off cobwebs in time for the second map where NIP throttled Titan on Dust2 with the winning score of 16-1. Titan might have been rattled after that first game heartbreaking loss, but to lose your map choice like that on the pro level is unacceptable. Nothing went right for Titan. Forest, and Allu lead the way with 22 and 20 kills, respectively. Titan on Dust 2 was held to no more than 10 kills on any one player, a truly rough loss for Titan. 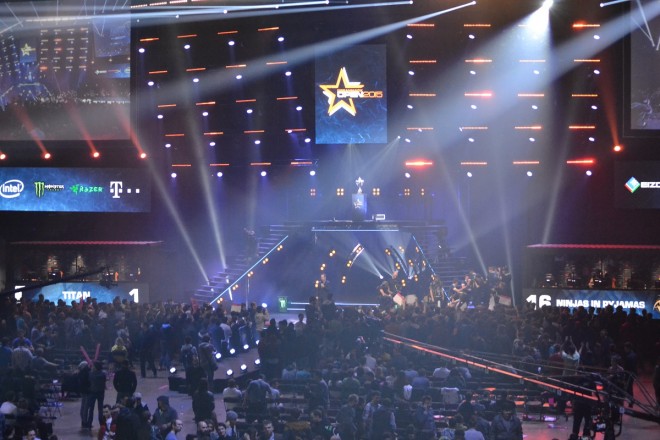 CLG vs. NA’VI was a surprisingly close set with CLG showing a resilience that most would not think the NA squad would be capable of putting up. CLG picked Train, which Na’Vi had no problem with. CLG had the plays, but Tarik, FNS, and Cutler could not keep up with their CLG teammates who were having a good game. Hazed dropped 22 kills, only one behind Na’Vi’s Seized. CLG had some strong starts to their eco rounds, but could not finish those rounds off. Map two was on Cobblestone. Cutler was the hero this game going from the bottom to the top. Cutler had 28 kills which made it rough for Na’Vi to defend against CLG’s monstrous T side. This match ended on a funny note with JDM vs. Zeus facing off on a 1v1 to decide if a CLG would take the map. An incendiary Grenade was thrown and Zeus decides to try to sneak up on a low health JDM. One thing wrong with that, and that is Zeus had to walk through the fire. Zeus. bless his soul for trying something out of the ordinary to catch his opponent off guard, but Zeus went too slow and burned, handing the game to JDM and CLG.

Game three on Inferno had Na’Vi through their weight around on CLG going 11-2 in the first half. Siezed had the kills, 22, but it was Guardian who was the thorn in CLG’s side. CLG could not break through the absolute wall that Guardian was putting up. That Forced CLG to try the A bomb site but since Na’Vi knew this, they had the appropriate defense to negate it. The second half was kinder towards CLG, putting up a few rounds in a game that was a foregone conclusion, but not going done without a fight CLG put on a heroic effort claiming 8 rounds. 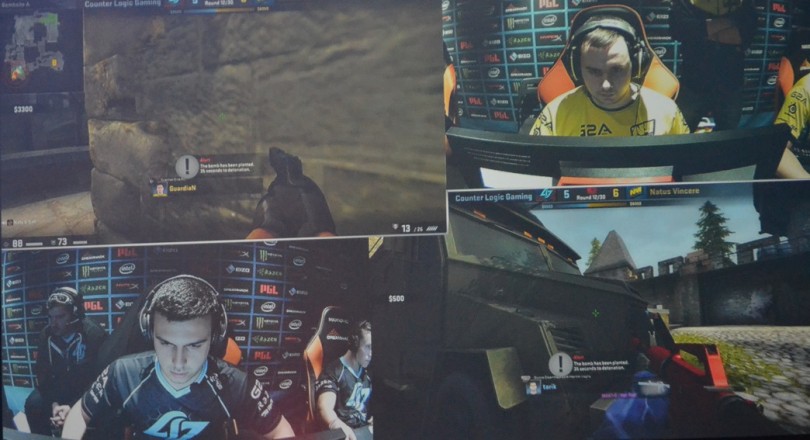 The remaining teams in the bracket are Luminosity, Fnatic, G2, TSM, Virtus.Pro, Nip, and Envyus, Na’Vi

I have been following Esports from late doom and early counterstrike. I follow League, Hearthstone, CSGO, Smite, and most games in the FGC.