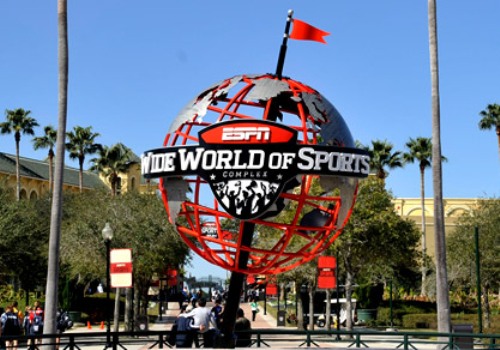 Disney has been seen to take a very deep interest in the world of eSports. It’s not so strange to see a multi-million company doing so, to be honest. However, in an act that could be surprising. Disney has made it clear that they want to make the happiest place on earth an eSports arena.

According to a Forbes report. Disney is now actively considering hosting eSports events at their own facilities in Orlando, Florida. To be specific, it would happen at Disney’s ESPN Wide World of Sports complex. Which hosts a broad variety of sporting activities ranging from baseball to tennis, and is in the midst of celebrating its 20th year of operation.

With such accolades. Disney looks to expand the complex by adding an 8,000 seat arena which will span over 300,000 square feet and open in January 2018.  With Disney World’s Vice President of Sports Faron Kelley saying that eSports would “come here very soon,” making the company’s intentions clear.

If people saw Disney’s previous decisions. This one wouldn’t seem that surprising. One of Disney’s Cable-TV networks (Disney XD) has seen the grand finals of EVO 2017. They also made a partnership deal with big company ESL. This pretty much shows that Disney has been looking forward to make a rentable business out of the eSports scene.

Imagine how incredible it would be to have such things happening. Playing Overwatch finals in the happiest place on earth? I’m all down for it. And I’m sure many of the people who go there will flock to see the events playing out. It certainly could be a very good push for eSports to form part of the mainstream media. Is it a good step or a bad one? Only time will tell of course, but I am very excited to see how this plays out.