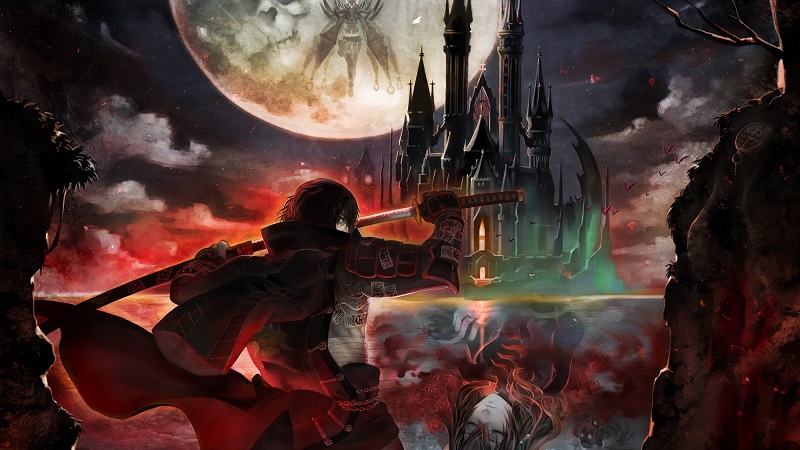 Koji Igarashi’s Bloodstained: Ritual of the Night still hasn’t seen the light of day yet, but now we are learning that it is getting a spin-off. The game is an 8-bit game called Bloodstained: Curse of the Moon, and is set to release for PlayStation 4, PlayStation Vita, 3DS, Switch and PC later this month.

This game is an obvious throwback to the early Castlevania games, and was actually developed thanks to a stretch goal from Bloodstained: Ritual of the Night’s Kickstarter campaign. Curse of the Moon stars Zangetsu, who is on a journey to take down a powerful demon contained within a dangerous castle.

While the game is retro in many ways, one way it will be adding its own twist to the formula is with the Ally system. Each time a player is able to defeat a boss, they will then meet another character that can be convinced to join Zangetsu on his journey. These include the likes of the whip-wielding Miriam and the alchemist Alfred.

Each ally comes with their own attack and health bars, meaning that players will have a better chance of survival with more allies on their team. There will also be ally-specific shortcuts and items that only certain characters will be able to get, so allies are pretty important to have.

To go along with all of this is the fact that the game actually has multiple endings. The ending of the game that players get is determined by players’ choices when recruiting allies, so the game will warrant multiple playthroughs to see them all. Veteran and Casual difficulties will also be included along with the standard difficulty. Veteran difficulty increases enemy damage and causes knock back with each enemy attack, whereas Casual doesn’t feature the knock back and gives players unlimited lives.

Bloodstained: Curse of the Moon will launch for PlayStation 4, PlayStation Vita, 3DS, Switch and PC on May 24th. You can check out the official trailer for the game below.