Fire Emblem if: all you need to know 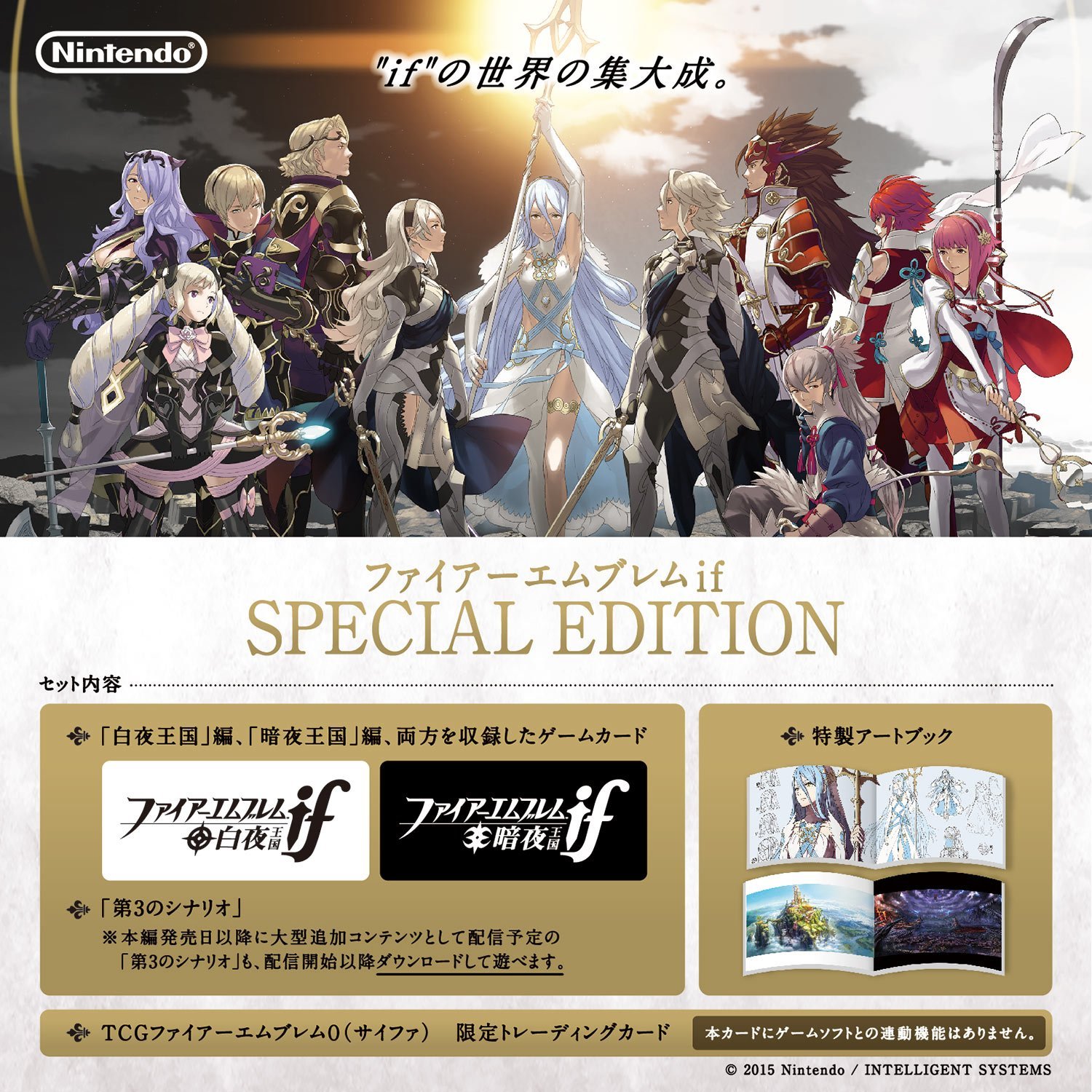 Fire Emblem if: all you need to know

I’m a fan of the linear gameplay of Fire Emblem GBA (the first title to reach the U.S.), love the customizability of Fire Emblem: Awakening, and can’t wait to pop Fire Emblem If into my Nintendo 3DS. Why? Because its revolutionizing the franchise.

Don’t like either version? Nintendo announced a third downloadable rendition, with a unique plot, is on its way. The DLC will be released after the first two games are out for an undisclosed period. Additionally, Fire Emblem if: Special Edition (a cartridge with all three storylines) is available for pre-order in Japan, and hopefully will reach the U.S. market.

Three paths. With different versions, and different sides to choose, comes different endings. Fire Emblem normally starts out with the player commanding the army of a peaceful nation against an aggressor bent on conquest. But in the new game, the player will have the choice, depending on the version you buy, to be the goody Hoshido (White Kingdom) or the big bad Nohr (Black Kingdom).

If you go with the bad guys, the game is supposedly more difficult. For instance, you won’t have as many opportunities to level up your characters outside the chapters. And don’t forget, there’ll be the eventual release of a neutral storyline that represents neither side. Multiple endings have grown into a popular fad in gaming, and it’s smart for Fire Emblem If to follow suit.

But no matter your choice, you’ll still have to face off against the mysterious evil that’s really behind everything. Be warned though: The characters you get will be affected by the storyline.

The infamous weapon triangle, which decides who has the combat advantage, has also been changed. It now goes like this: Sword and magic > axe and bow > lance and hidden weapons > sword and magic.

Release date, please. We bet you’re wondering when Fire Emblem If will be available for us English speakers. If you can read Japanese (and have a Japanese 3DS) you’ll want to order it June 25. If you’re an English speaker — like most of us — you’ll have to wait for the (hopefully) soon-to-be-revealed 2016 release date.

Watch the U.S. teaser trailer below.