You want to know what’s not smart? Pissing off your fans, and the people who buy your games. What is a way to easily piss off everyone? Don’t let them make free modifications to something. We’ll use cars as an example. Enthusiasts will often start customizing a car, and that can void the original warranty. But that doesn’t mean you take away somebody’s car for modding it. Or outright banning custom parts to said car. That, effectively, is what is happening with GTA V. Take-Two Interactive, the parent company behind Grand Theft Auto V shutdown the popular modding tool Open IV. And boy has that backfired.

What followed was an absolute hailstorm of bad press. Over the past 30 days, 88% of the 43,000 reviews on Steam for GTA V, have been negative. After sending cease-and-desist letters, and threatening legal action, Take-Two forced Open IV to close their doors and shut down the mods. OpenIV, a popular modding tool for the Grand Theft Auto series for nearly a decade had to shut down or get their pants sued off by the developers. Before I get on my soapbox, let’s look at each side on the issue. 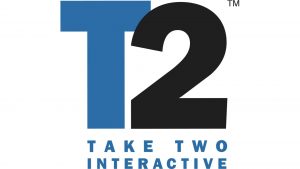 Let’s make one thing clear. Technically speaking, Take-Two does have the authority to do this. Mostly. Most video games, especially on Steam, go through what’s called DRM, or Digital Rights Management. This gives Publishers a lot of copyright protection and a lot of power when it comes to ownership of the game. In fact, players don’t really own these games so to speak. It’s more like a lease. So while such harsh actions may be less than tasteful, they every right to do it. And for their part, Rockstar, the actual developers under Take Two Interactive have released an official statement.

“Take-Two’s actions were not specifically targeting single player mods. Unfortunately, OpenIV enables recent malicious mods that allow harassment of players and interfere with the GTA Online experience for everybody. We are working to figure out how we can continue to support the creative community without negatively impacting our players.”

Some may see such swift and decisive action as irresponsible. However Grand Theft Auto V has had serious issues with hackers, cheaters, harassers and the like. And action does need to be taken. This obviously isn’t a perfect answer, but it is an answer. And again, we’ll go back to the car metaphor. Yes, car enthusiasts do in fact modify their cars to their exact taste. But if you look at the average consumer, they just need something to get from point A to point B.

The only time they make any kind of changes or fixes they usually go to a professional. And the majority of people who played GTA V don’t use mods. Anytime a bug or other issue arises players will often wait for a patch or talk to Rockstar customer support. Or just sit and complain. So this doesn’t affect the majority of players, while it tries to fix an issue that can affect all of them. That being said, look at the other side. Because frankly, I’m tired of playing devil’s advocate

The Case for Modding in GTA V 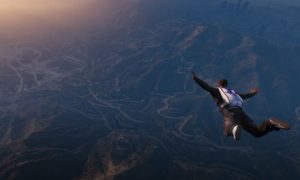 Ratings for the game are… FREE FALLING!

It is true, that cheaters and hackers need to be taken down. They run the risk of ruining everybody’s time with the game. It can also lead to harassment, possible identity theft, or worse. But that does NOT mean you need to stop people from freely expressing their ideas for no monetary gain. These people are not charging for the mods. (Mostly.) Many of them are just trying to make the game even more enjoyable. And instead, it’s being perceived as a threat to the profitability of the game. This would be like saying we need to clamp down on the freedom of speech because of hate speech by neo-nazis, white supremacists, or religious extremists.

Additionally, modifications can be used as an impromptu patch of sorts. Again, we’ll use the car metaphor. Sure, you could go to a professional to get your muffler checked out. Or, you can go to your friend, who’s a mechanic anyways and ask him for some help. Just because somebody isn’t a professional, doesn’t mean they aren’t skilled and able to help. Besides, modifications are an important part of gaming culture. A lot of huge games today came from modifications. To name a few would include: The Stanley Parable, Team Fortress, Dota 2, and Counter-Strike.

And finally, we need to look at possibly the most important perspective. The player perspective on GTA V. People love playing this game. But that doesn’t mean it’s a perfect game, and players deserve to get what they’re paying for. And let’s not pretend like take-two Interactive are saints. The in-game currency for GTA V has microtransactions up to $100! So you’re telling me, players need to pay $60 for the game and then an extra $100 to get past a lot of boring grinding for money? The players, not strippers. And these players have made their voices heard.

I’ve already mentioned the 30,000+ negative reviews in less than 30 days. Some of the comments in the reviews give some honest, biting criticism.

Domino’s Pizza “The singleplayer was fantastic. But between the lack of content released for single player, and the fact that Take Two took down OpenIV, the framework for the single player modding community, it’s rather obvious that the publishers are using this game as a cash grab, forcing multiplayer content updates and pushing in game currency that costs more than the game did at launch.

In short, great game, terrible (and shady) business practices, especially from an AAA dev and publisher.”

The list goes on and on. A comment in this aside from the obvious criticism towards modding practices was a petition. This petition is meant to give support for Open IV. Currently it has over 57,000 supporters. And the number continues to grow and grow. So what is your opinion? Should take to be able to protect their game as they see fit? Or should players be able to change the game to provide for the most enjoyable experience for themselves? Your opinion matters, and we would love to hear from you in the comments.