This Grand Theft Auto V Mod will Take You to London 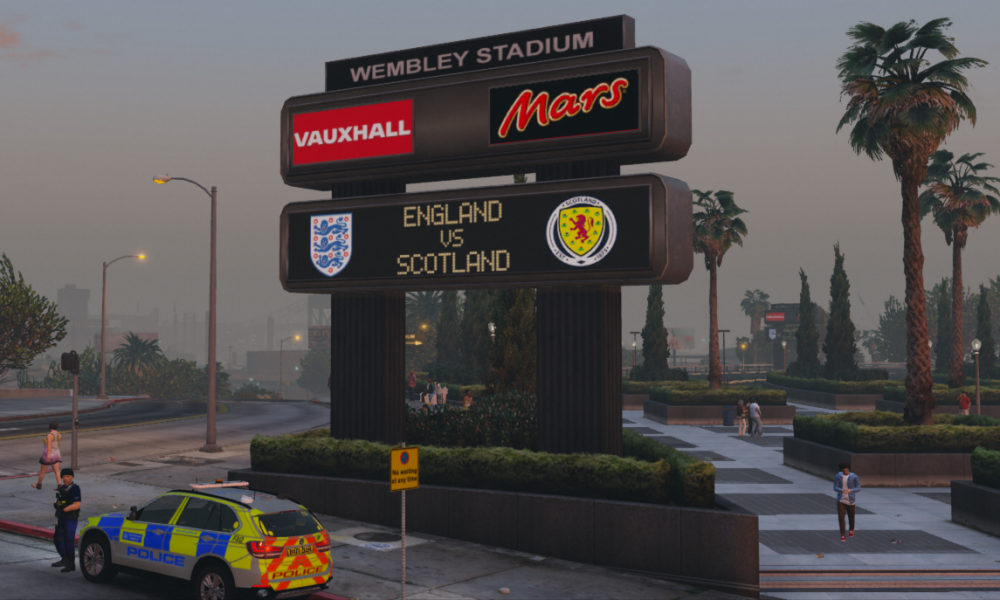 This Grand Theft Auto V Mod will Take You to London

The world of modding will never cease to amaze people. From jabs at a certain spineless effort from Bethesda to entirely new games with re-used assets like in the Donut Mod. It certainly seems that we can go nowhere but up in the world of modding. The creatives will always be rewarded, and here’s the reward for one of the most ambitious projects I’ve seen in some time.

It’s time to go from Los Santos to London, with Project London. This project focuses on reworking textures and making a map overhaul to turn the city where Grand Theft Auto V takes place to London, England. They are trying to incorporate important set-pieces and landmarks such as the Wembley Stadium, the Metro stations and the biggest hospital centers.

Not only that, but the modder group has also overhauled the textures of some vehicles to reflect that of public vehicles in London. One of the modders decided to talk to PCGamer about the complexity of the project as well. “I got a message the other day,” says modder Kieran. “from some guy asking if the roads could be done—if the cars could be swapped to the opposite side in the style of British road networks. I sat down and calculated the work for that. I’m looking at 210 hours just for the roads.”

So, what’s next for the project? What can be added from now on? Well, Kieran decided to clear this up as well. “It’s a lot of work, it will take time, but whenever I’m finished one thing—I’ve just finished Heathrow Airport, for example—I add it into the pack, update it, and release it.”

It must be important to note that this is just a hobby of the group. Nothing too major because they have to focus on their financial resources as well with real jobs and other real life aspects. It will be a very long time before we see this project anywhere close to finished.

“Simply put, this project is something I love doing. It’s something that I’ve always loved doing. I think it makes the game overall more enjoyable. I think the standard, vanilla GTA is a bit lacking in certain areas, and that’s why modders do what they do.” Said Kieran.

Well, I certainly don’t care about how long they take. We can only hope that they manage to reflect the current city of London through this mod. This will be a very great transformation and add an entirely new layer of gameplay to GTA V.