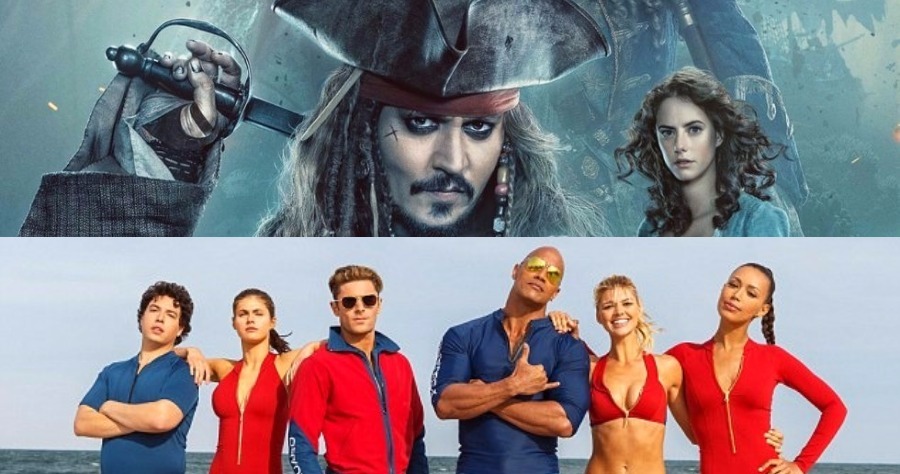 The weekend box office results are in and they are very disappointing. It’s been reported that this is the lowest Memorial Day weekend box office draw in the film industry since 1999. While the fact that this particular weekend did the worst it has in 18 years, the information is indicative of a major question. Are films getting worse with time?

While the question is subjective and everyone will no doubt have their own input on the matter, I don’t think movies are getting worse. The box office results point to disappointing performances from new releases such as Pirates of the Caribbean: Dead Men Tell No Tales and Baywatch and lackluster staying power from previous releases this month such as Alien: Covenant and Guardians of the Galaxy Vol. 2. However, there is more to it than most are reporting.

For starters, Guardians has been out for four weeks now and is doing just fine all things considered. Baywatch got awful reviews and people are, understandably, not spending their money on it. Even despite its reviews, it is only one poor example out of the four here and is in no way representative of all the films playing this weekend let alone what’s coming as the summer progresses. As for Pirates and Alien, they’re both part of ongoing franchises that moviegoers are proving to get sick of and both are sequels to critical bombs like Pirates of the Caribbean: On Stranger Tides and Prometheus respectively. So part of the problem this weekend can be simply chalked up to bad timing. There are always bad movies but these lined up worse than any other in 18 years.

As I mentioned previously this is one very specific time frame that is being compared to another equally specific time frame of box office results. Guardians did great when it first released four weeks ago and its staying power is hampered by big franchise films and a remake that all came out more recently. As for future films, I’m sure that Wonder Woman, The Mummy, Cars 3, Transformers: The Last Knight, and Despicable Me 3, all of which come out in June mind you, serve as worthy contenders for proving that there’s money to be made yet for Hollywood let alone quality content. That doesn’t even begin to mention potential sleeper hits that aren’t big blockbusters like these.

So no, Hollywood and its films are doing just fine both commercially and critically. Guardians was the first big hit of the summer and there’s still quite a few months for the industry to prove itself which I have no doubt in my mind that they will.