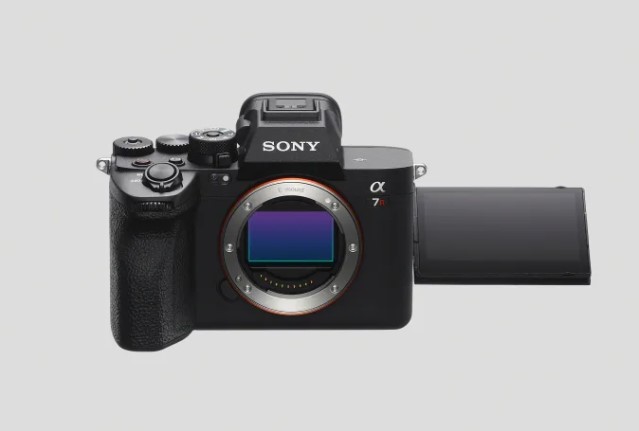 It also makes use of a brand-new “human pose estimation” AI-powered focusing mechanism.

The $3,900 A7R V, Sony’s newest mirrorless camera, is intended to capture portraits, landscapes, and other subjects that call for the highest level of clarity. The new model features the same 61-megapixel resolution as the A7R IV but a considerably more potent new Bionz XR engine that supports 8K 24p video, superior AI autofocus, and shake reduction.

Since the A7R V is Sony’s first camera to feature “human position estimation,” the autofocus has significantly improved. The technology can identify the location of the eye by looking at 20 different places on the human body. This enables it to precisely monitor a person who may be moving or turning away from the camera and to continue tracking them even if they temporarily vanish from view. Additionally, it may now select from a variety of topics, including cars, railroads, prairies, animals, and insects.

Although the A7R V is primarily intended for photographers, it is also the best camera ever for video. The A7R V can now shoot 8K video at up to 24 frames per second and 6.2K without line-skipping or pixel binning, whereas the A7R IV was only capable of 8-bit 4K at 30 frames per second with either cropping or line-skipping. It has the same heatsink as the A7S III and supports up to 30 minutes of 8K capture time as well as unlimited 4K recording.

The in-body stabilization (IBS) mechanism from Sony has been improved from 5.5 to 8 stops, mirroring what Canon can do with their comparably priced EOS R5. The new model also has a fully articulating screen that makes it more helpful for high-angle shooting, video, and other tasks instead of the tilting display featured in the A7R IV.

It’s impressive that the A7R V can shoot at the same 10 frames per second as previously for such a high-resolution camera. It can now shoot compressed RAW files instead of just uncompressed ones like it could in the past. Additionally, the buffer has a capacity of up to 583 photos, allowing you to shoot continuously for a long period of time.

It offers a long list of additional appealing features, such as a class-leading electronic viewfinder (EVF) with 9.44 million dots and dual card ports that can accommodate either quick (but pricey) CFexpress Type A or UHS-II cards. A second new feature is pixel shift multishot, which uses AI processing to automatically identify and adjust movement between frames to composite 16 photos into a single 240.8-megapixel image (tripod use only).

Along with AI-powered white balance, focus stacking of up to 299 frames for greater depth of field, Sony’s Cinetone color profile for a more film-like appearance, an updated body with dials and controls similar to the A7 IV, USB-C charging with Power Delivery, and native webcam compatibility, the list goes on. The $3,900 Sony A7R V is scheduled to ship in December.

Ule LopezJuly 20, 2017
Read More
Scroll for more
Tap
Main website for Colorado is taken down by a cyberattack
RVs can use the more expensive Starlink internet connection from SpaceX