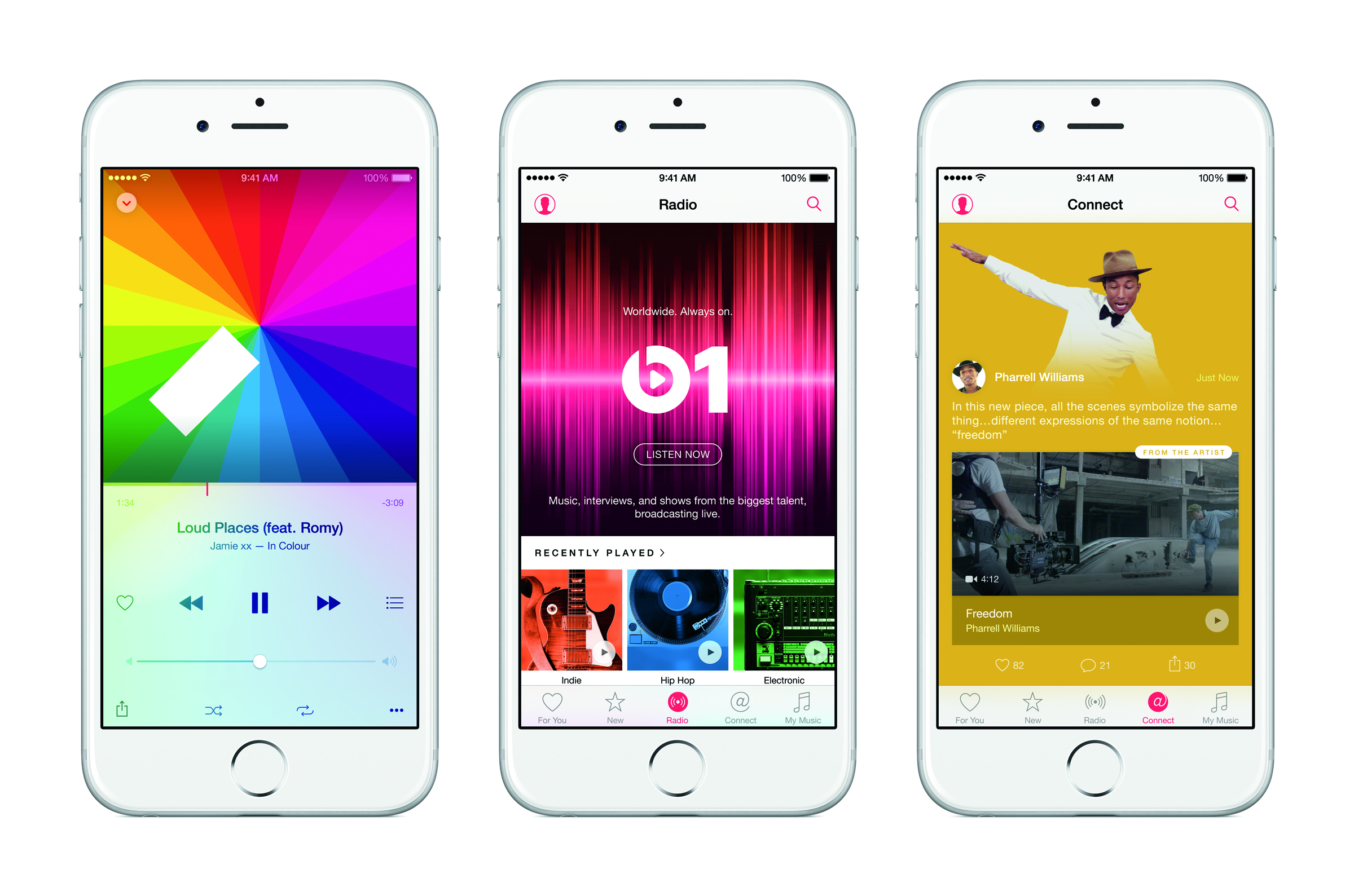 Apple has set its sights on Spotify by introducing Apple Music at WWDC, offering streaming & radio for $10 a month

Apple has finally made their official announcement of their music streaming service, that’s been rumored for months now. Announced at WWDC today by Jimmy Iovine, Apple Music set it to offer all of the music you could ever need or want in a single app. Boasting 30 million songs and 24 hour live radio station available in 100 different countries Apple Music is set to give Spotify a run for its money.

Apple came out swinging with the announcement, laying out a long list of reasons for customers to jump on the Apple Music train. They started out by breaking down how the app will allow users to get int touch with their music, all of their music. Users will be able to access everything in their iTunes library, all of their ripped CD’s, plus the entire App Music catalog of 3o million songs. An unparalleled amount of content that comes with an equally surprising price tag; the app will only cost 9.99 a month or 14.99 a month for a family plan that opens it to six users at once.

If the catalog and their own music isn’t giving users what they’re looking for they can hop over to Apple Music radio station called Beats 1. The station will be dedicated to music and music culture exclusively and run 24 hours a day. Heading this non-stop music jam will be three DJs “Zane Lowe in Los Angeles, Ebro Darden in New York and Julie Adenuga in London”

Those DJs will tune them into exclusive interviews with top artists. Apple Music radio is also going to offer a wide range of stations playing everything from rock to funk that will let paying members skip as many songs as they like.

Apple Music will even offer a bit of social media where top artist can share back stage photos, videos, and their latest songs directly with their fans. Meaning Apple Music offers a massive catalog, live radio, and a social media section. All of which is going to put pressure on Spotify and other music streaming services.

Apple Music won’t even be limited to iOS devices, Apple plans to bring its music service to Android phones this fall so that everyone has a chance to join their new club. Now the spotlight is on Spotify and other streaming services to see how they’ll respond to Apple trying to take a chunk out of their user base.