For The First Time, Watch A Premiere Esports Tournament In Virtual Reality

For The First Time, Watch A Premiere Esports Tournament In Virtual Reality

Virtual Reality has made leaps and bounds in terms of technology and widespread adaptation since coming on the market several years ago, and it looks like Sliver.tv is brought a virtual reality viewing experience for the Dreamhack Masters tournament in Las Vegas this past weekend.

Sliver.tv partnered with Nokia to deliver a livestream of the Counter-Strike: Global Offensive Dreamhack Masters in a 360 degree  cinematic experience. The viewing option was available through Sliver.tv’s apps on the Oculus Rift, Samsung GearVR, HTC Vibe, and Cardboard in addition to the company’s web and mobile 360 degree apps.

While Silver.tv does a good job of giving fans a 360 degree view of the action, Nokia used their OZO 3D 360 VR live-action cameras to capture and share the excitement of fans inside the MGM Grand Arena. “As soon as the critical clutch moment occurred in the final CS:GO match to win the tournament, Sliver.tv’s virtual cameras captured the in-game action and transitioned the stream to the live stadium OZO cameras where attendees erupted in cheer. The energy and passion of the moment was felt by thousands more viewers around the world through the live 360° VR stream.”

Tarif Sayed, Head of VR Technologies at Nokia, said: “Virtual Reality allows us to explore a fantasy world; immersing people in experiences they could never engage with before and this is especially true with eSports. Working with Sliver.tv on the hybrid reality livestream for DreamHack transported fans into both the game and the event in a completely, new and unique way that takes eSports to a brand new level.”

To watch livestream footage and highlights from the Dreamhack Masters Las Vegas, visit the Sliver.tv website or download the Android and iOS apps to view in 360 degree video and in Google Cardboard. For a premium experience, users can download the Samsung GearVR, Oculus Rift and HTC Vive apps to watch in full VR. 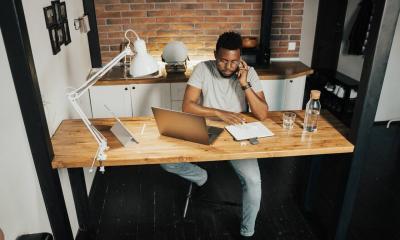