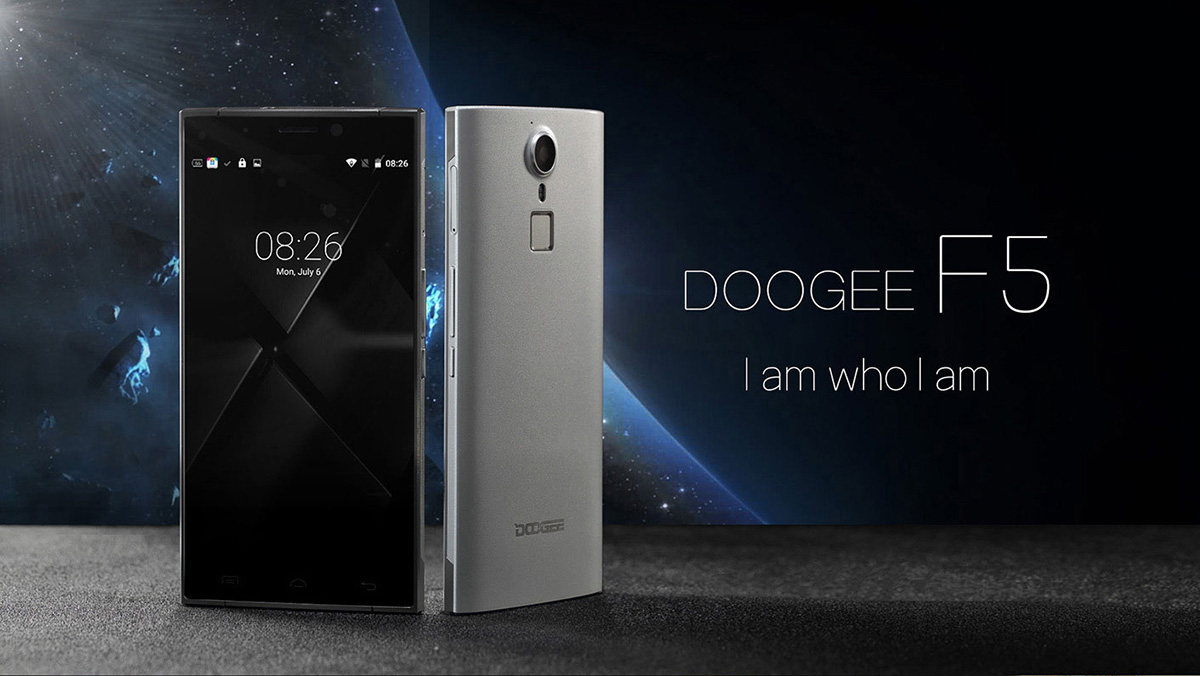 In an industry saturated with products as the smartphone industry, it is hard to get noticed as a manufacturer. Chinese manufacturers have a hard time competing on the international market, but they are working towards global brand recognition. Doogee is one of the companies that is managing to get ahead in global popularity as its devices are getting better and better after each release. With positive reviews all around, the Doogee F5 is one of the big successes this company had this year. The Doogee F5 is a flagship smartphone with an affordable price, which was just dropped even lower on Everbuying.

You can buy the Doogee F5 from Everbuying for only $140, which includes shipping. That’s a fair deal for a smartphone that aims to provide users with flagship design, hardware and performance. The Doogee F5 is outfitted with all the latest tech you would expect to have on a smartphone, such as a fingerprint sensor on the rear panel of the handset, just below the camera. Chinese manufacturers like this button placement and smartphone users also seem to be pretty comfortable with it.

The sleek metal frame of the Doogee F5 aims to woo those that prefer premium design at an affordable price. The grainy panel that is similar to the ones found on the OnePlus One is nice to the touch, not slippery and it doesn’t get constantly smudged by fingerprints. The handset is designed with lightweight construction in mind, and as such is one of the thinnest and lightest devices Doogee has released so far. 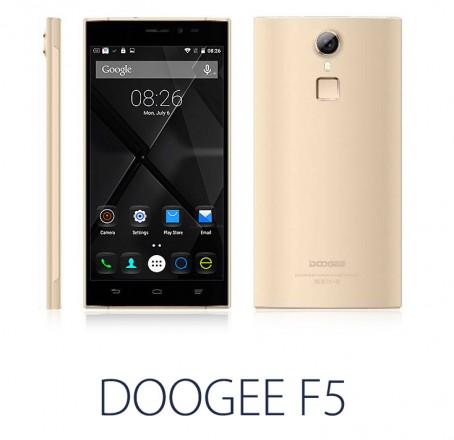 Under the hood, the Doogee F5 is outfitted with a MTK6753 octa core CPU, backed by 3 GB RAM and 16 GB expandable storage. Android 5.1 Lollipop is on board with Doogee’s own skin on top, and performance should be seamless. Doogee also included  support for air gestures and smart unlock functions, which is an added benefit of its skin. Whether these extra features are gimmicky or not is for you to decide, though.

The Doogee F5 display measures 5.5 inches and comes with a resolution of 1920*1080, providing the user with a sharp, crisp display that’s visible even in outdoor environments. The thin bezels around the screen give the phone a rather streamlined appearance that is hard to find on mainstream flagships. Besides looking tunning, the Doogee F5 is supposedly equipped with a very good camera, too. On the rear, it comes with a 13 MP Samsung sensor complete with LED flash and autofocus while on the front Doogee chose a 5 MP camera to take your selfies.

The Doogee F5 features 4G LTE, Bluetooth, Xender, dual-SIM slots and a 2660 mAh battery to complete the package. With that price and those specs, the handset is quite an interesting find. The bang for buck ratio on this one is surprisingly good and since Doogee is getting better at offering affordability in a premium package, the Doogee F5 should be the pinnacle of that ideal, at least for now. We’ll see what esle the company comes out with in the future.