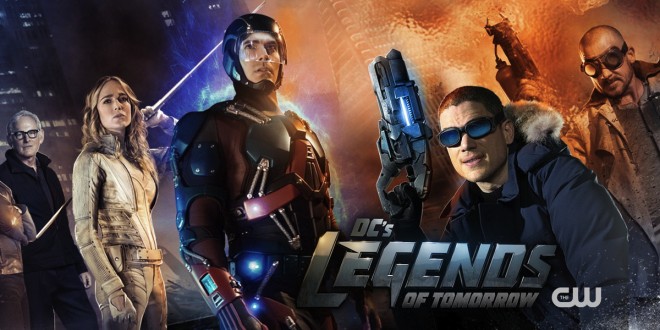 Yet another crossover is going to happen between The Flash and Arrow, it was surely expected as their crossover episodes were a success. We still have to wait to see all the main DC characters in one show but we can say that we are satisfied with this upcoming crossover.

The good news is that it is not going to be a single episode, it’s going to be a two-part episode in which Grant Guston (Flash) and Steven Amell (Arrow) will crossover in the upcoming episodes. The shows will have 2 different episodes: Legends of Today is going to be an episode in “The Flash” TV series and Legends of Yesterday will be released second as an ‘Arrow’ episode. The whole idea for this crossover is to introduce a 16-part series which will be called Legends of Tomorrow and it will be released in January.

Legends of Tomorrow is a DC comic series that focuses on the idea that when heroes are not enough, legends should come to the rescue. The story revolves around a time-traveling rogue named Rip Hunter who has seen the future and the apocalypse that might destroy time itself and now is building up a team of heroes and villains, who are going to become Legends.

We have already seen Hawkgirl in the Flash so it’s good to know that she will star in Legends of Tomorrow alongside Hawkman. Slowly, but surely DC is expanding their universe through a lot of different TV-series and the best part of their series are these crossover episodes that somehow remind us that DC is an entire Universe that is connected.