Jon Snow back in Game of Thrones, Season 6 poster 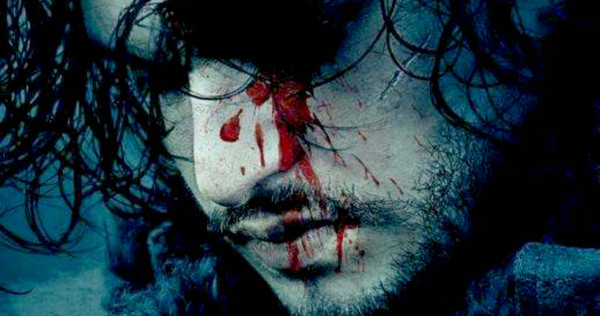 Jon Snow back in Game of Thrones, Season 6 poster

We all are aware of the shocking ending of Game of Thrones season 5. And most of the fans remained with the same unanswered questions: Is Jon Snow still alive? Will he return in Season 6? Will we see him again in Game of Thrones? The Night’s Watch commander was stabbed by his “brothers” and left him die. Even though we did not get a solid confirmation about Jon Snow’s fate, the official Twitter account of the Game of Thrones series released the first Season 6 poster. And who’s on the poster? Yep, Jon Snow.

Until now, there have been a lot of rumors, speculations, even proof that Jon Snow is alive and also proof that he may be dead. In September, some photos have been published on the Internet which showed Kit Harrington on the Northern Ireland set. Some speculations say that the Red Priestess, Melissandre (Carice van Houten) will use her supernatural powers to bring Jon Snow back to life. However, the series creators/director David Benioff and D. B. Weiss have specified several times that Jon Snow is dead, end of story. Even the beloved author,  George R. R. Martin teased us several times that Jon Snow is not really dead but fans didn’t get a solid confirmation, still waiting for the sixth book of the series, The Winds of Winter.

This first poster of Game of Thrones Season 6 also teases us that the debut of the series will be sometime next April on HBO, but again, they haven’t given us an exact release date. If George R.R. Martin doesn’t manage to finish the sixth book before April, Season 6 will be the first season that will debut before the book gets published. The producers have been very secretive regarding new characters and new cast members. However, people who love this series cannot be stopped and managed to find out some new cast members.

Ian McShane will be one of the new cast members in an unspecified role. Euron Greyjoy, the uncle of Alfie Allen’s Theon Greyjoy will be played by Pilou Asbæk. A very recent rumor also says that Spartacus: Vengeance star Joseph Naufahu will be a part of the Game of Thrones series playing a Dothraki warrior. Furthermore, Bran, played by Isaac Hempstead-Wright and Hodor played by Kristian Nairn will return. Other characters that will return in Season 6 of Game of Thrones are Brynden Tully ( Clive Russell) who was last seen in the Red Wedding episode and Yara Greyjoy ( Gemma Whelan), Theon’s sister.

Until we find out new stuff about the upcoming season of the Game of Thrones series, check out this awesome poster with Jon Snow.