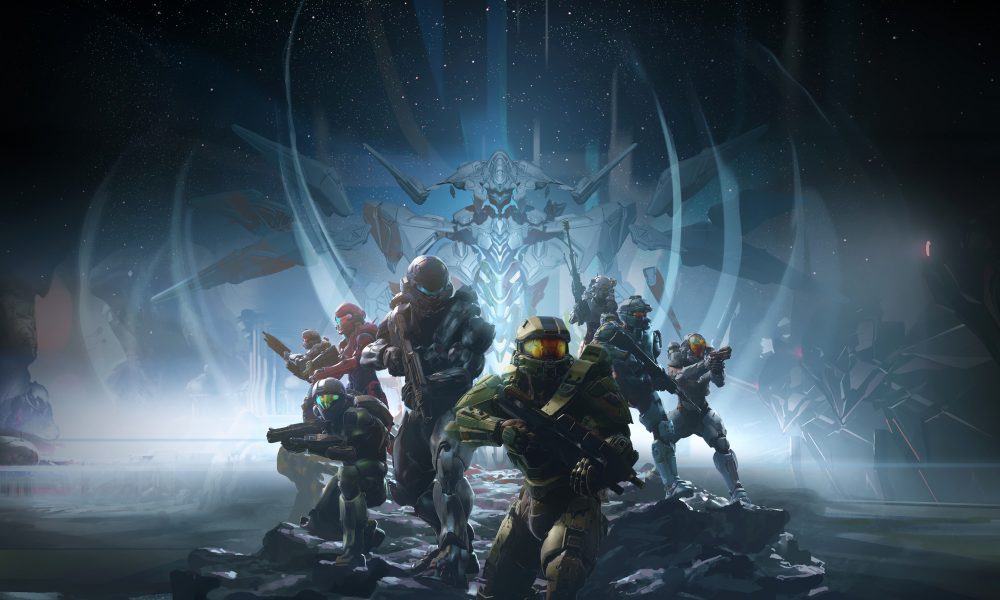 343 Industries has been largely quiet since the release of Halo Wars 2 earlier this year. With this year being the 10th anniversary of Halo 3, fans have been wondering what if anything is to be done to celebrate. In a recent news update, 343 Industries has confirmed that there are plenty of summer events on the way to celebrate as well as a smattering of other tidbits.

The post is broken up into multiple sections, each of which goes over something Halo-related that is coming up. Starting with the section about the series on Xbox One X, it has been announced that a 4K update is coming to Halo 5: Guardians. Already an impressive-looking game on the base Xbox One, the post ensures that the update will be “true 4K” as opposed to upscaling.

The next big announcement is that a bunch of old titles in the series are set to be added to the Xbox One’s backward compatibility lineup. Combat Evolved Anniversary, 3, ODST, and 4 are all part of this list, allowing gamers who still own the titles on their 360s to play them on Xbox One. This also allows players to do so without having to buy The Master Chief Collection. Who wants to spend more money on games they already own, right? Halo 2 wasn’t included in the list since it is an original Xbox game, backwards compatibility isn’t yet available for original Xbox content.

Halo Wars 2 got some more coverage during this blog post. 343 Industries briefly summarized of all the game’s updates until now and the announcement of the “Awakening the Nightmare” expansion for Halo Wars 2. The post confirms that this expansion adds new campaign content from the perspective of the Banished, and brings back the fan-favorite Flood. Two new playable leaders are set to be added, as well as the new “Terminus Firefight” game mode. The expansion should be releasing later this fall for $19.99 USD.

There is a section on upcoming events that the 343 team will be attending. This includes RTX Austin 2017, HCS Summer Finals, China Joy, and Gamescom. In each section, the post goes into detail about the events and what fans can expect from the studio there. This includes early access to the Halo Wars 2 expansion, sports opportunities and prize pools, continued announcements, etc. There’s also a section afterward that goes into detail about various other Halo goodies such as new tie-in comics and books as well as figures, models, and various artworks.

Finally, there is a section on Halo 5’s future specifically. It mostly discusses matchmaking updates, but the biggest bit of information is plans for Halo 3’s anniversary. Even though they’ve already confirmed that 3 won’t be getting the Anniversary remaster treatment, they double down on it here. Instead, there’ll be a bunch of throwback multiplayer game modes, maps, etc. put into a playlist by the developers. Some of this content will be originally made by the team but it is confirmed that a lot of it comes from the community through Forge mode.