FusionFall, the Cartoon Network MMO, is Being Revived. And Remade. 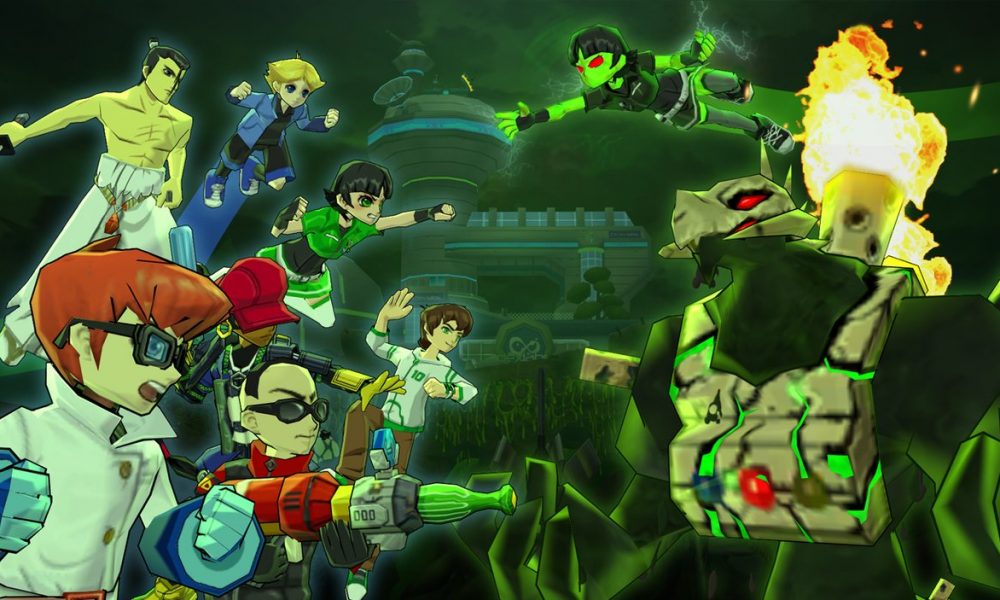 FusionFall, the Cartoon Network MMO, is Being Revived. And Remade.

Yesterday, while the Internet geeked out over Guild Wars 2’s latest expansion, Path of Fire, another smaller MMO was released. Well, not so much released as entered an early-access alpha/beta test, but this other MMO is still worth talking about.

So, who here has heard of FusionFall? It was a short-lived MMO that was released back in 2009, developed by Grigon Entertainment, and published by Cartoon Network (yes, as in the television cable channel). The game had fairly simple combat mechanics, but it also had numerous platforming sections, which is something you don’t see very often in MMOs. However, what really sold FusionFall was its aesthetic; the game used an anime art style that, unlike other MMOS with anime art styles, actually stood out from the crowd. Moreover and more importantly, FusionFall featured a game world where almost every single Cartoon Network character lived side-by-side in (relative) harmony. If you could name the character, he or she (or it) was probably an NPC in the game. Dexter from Dexter’s Laboratory? One of the main protagonists. Ed, Edd, and Eddy from Ed, Edd n Eddy? They gave players quests. Mojo Jojo from The Powerpuff Girls? Surprisingly, he was an ally. Practically all Cartoon Network original programs, from Johnny Bravo to Ben 10 and even Megas XLR, were represented in the game in one form or another. All in all, FusionFall was an excellent MMO anyone could pick up and play, even children. Especially children. In fact, thanks to the game’s simple design and use of familiar characters (both old and new), parents could play FusionFall together with their kids. Sadly, the game shut down in 2013, but several dedicated fans are trying to revive it, which is where the previously mentioned alpha/beta test comes in.

Actually, claiming that the team of fans is only trying to revive FusionFall is a bit of an oversimplification. While the fan/developers will release an emulation of the original game in the form of FusionFall Retro, they are also currently working on a remake of the game that includes new models, textures, animations, lighting, NPCs, enemies, combat mechanics, and levels. While the emulation is currently undergoing extremely limited testing (you can download the client here), the remake, FusionFall Legacy, is a long way off and probably won’t be available until 2018 at the earliest. With luck, the emulation is almost ready — it was actually supposed to release yesterday, August 1st.

FusionFall was not the only MMO designed for children and their parents to play together and wasn’t the the first one either. The Walt Disney Company took a crack at MMOs in 2003 with Toontown Online. The game also closed down in 2013, but fans are keeping Toontown alive with their own servers, the most popular being Toontown Rewritten. However, while Toontown’s fans are content to simply re-release the game, the FusionFall Retro/Legacy dev team is going above and beyond to create the definitive FusionFall experience. I used to play FusionFall and even helped beta test the game, and I have to admit I am extremely impressed by the work of FusionFall Legacy’s new developers. These superfans clearly know what they’re doing, and I daresay the animations, locations, and characters shown off in the FusionFall Legacy trailer surpass the work done by Grigon Entertainment. I wish the new fan/development team luck in reviving this gem of an underrated and underappreciated MMO.