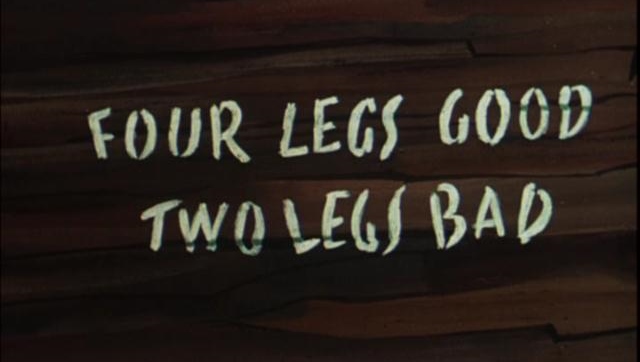 Orwell’s Animal Farm is a seminal work of literary greatness and will soon be adapted into an indie Video Game. Being created by an ‘independent team of industry veterans’ who have ‘teamed up for one game only’, the adaptation is fully authorized by the George Orwell estate.

The game is described as an ‘adventure tycoon’ that gives the player control of an animal on Manor Farm just before the revolution. Choice in the narrative will play a big part in the game and will work alongside the running of the farm, ‘giving players a chance to experience the consequences of their decisions first hand’. All this culminates in a chilling description of what the game will entail, as the team notes ‘Orwell posed the reader many questions about power and the corrosive misuse of language. This is a chance to plant the players at the heart of these questions, luring them towards utopia or dictatorship’.

According to the press release, notable talents include ‘Imre Jele (founder of Bossa Studios), Andy Payne (founder of Just Flight, AppyNation and ex Mastertronic), Georg Backer (A Brave Plan, Fable series), Jessica Curry (Everybody’s Gone to the Rapture, Dear Esther), Kate Saxon (Mafia III, Alien: Isolation, Witcher 3) and other exceptional creative and technical talent’. Such a remarkable list of names surely bodes well for the project and a great deal of personal investment is noted by all those involved.

The timing of this project is also very significant, as Imre Jele makes clear that ‘over the last decade some governments started using language eerily similar to what I heard growing up under a communist regime. So I can’t help feeling personally challenged to spread Orwell’s dystopian warning by adapting Animal Farm into a game’.

No release date was given, but the team specified the game will be developed for PC and other platforms. They urge people to follow the website and Twitter for further updates.