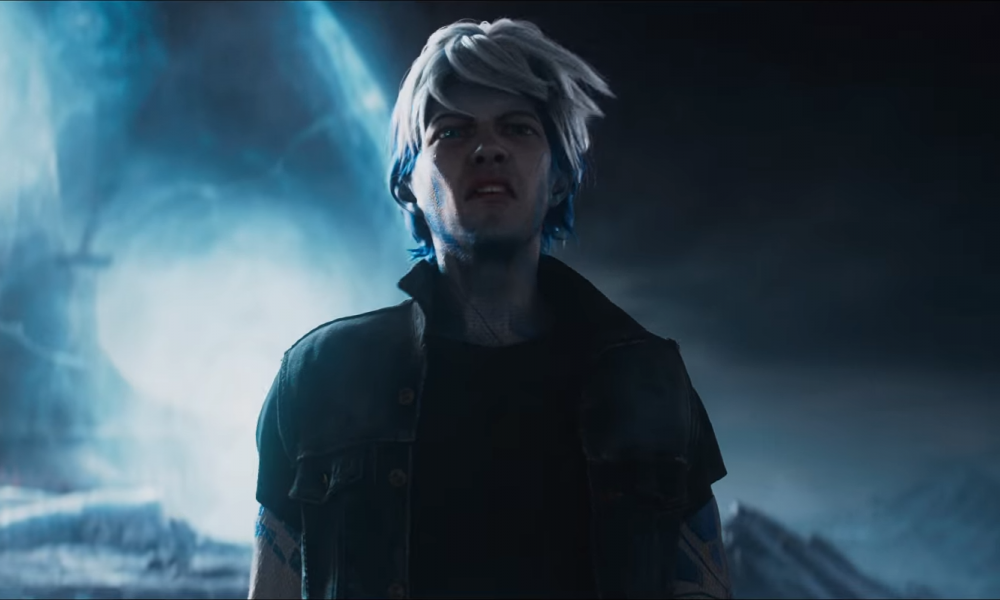 Warner Brothers’ upcoming movie Ready Player One is every geek’s dream come true. It’s got cameos and references coming out the wazoo, from Deathstroke to the titular Iron Giant from, well, The Iron Giant. Trailers are the best way to show off these cameos, and the latest video is full of them, many of which are in blink and miss them moments. Here are all the references I found:

The main character of Capcom’s flagship Street Fighter series has a history of punching cars, but something tells me he’s here to drive one instead. He might be walking away from the audience, but I’d recognize that sleeveless gi anywhere.

How much do you want to bet Ryu’s gonna drive that thing? He is right next to it, and how fitting would it be for Japan’s most popular fighting game character to drive Japan’s most popular anime race car? Even if Ryu isn’t driving the Mach 5, it’s still a neat reference.

Sure, it’s not the Tim Burton movie batmobile, but it’s still a classic. Since the loss of Adam West is still fresh in our minds, I more than welcome any reference to one of if not the most memorable incarnation of the caped crusader.

He’s a little hard to see, but he’s the big guy with the big hair in the middle of the screen. Also, who’s that he’s talking to? Is it…

The first Ready Player One trailer featured the Iron Giant, a character who will apparently fill the roll of Ultraman from the original book (I personally would have preferred Ultraman, because I’m a sucker for Japanese spandex-suited heroes). The Iron Giant won’t be the only giant-sized character/reference in the film, though, as good old King Kong is here to cause some chaos. But, now I can’t help but wonder what other giant characters might be in Ready Player One. I’m crossing my fingers for Godzilla and Talos from Jason and the Argonauts.

Whoo boy, big fight scene time. Let’s look at all the characters the animators crammed into this part of the film. First up, the three big anthropomorphic amphibians front and center. They’re clearly Rash, Zitz, and Pimple from Rare’s (in)famous game Battletoads. These characters haven’t had a game since 1994, but they’ve lived on through constant cameos, most recently in Iron Galaxy’s Killer Instinct and Yacht Club Games’ Shovel Knight. It’s good to see some people still fondly remember these fighting frogs.

You see the luchador with the giant, golden arms on the far left of the scene? That’s El Dragon from Battleborn. Yea, I’m as surprised as you are; I thought everyone forgot this game even existed, but apparently one of the animators of Ready Player One wants to immortalize that game in the movie. While this cameo probably won’t be enough to breathe new life into what remains of Battleborn, we can always hope.

Of course these two characters would make it into a Warner Bros. movie, since, you know, they’re only the most popular villains in all of DC comics. Joker’s looking a tad weird here. I can’t completely place the costume, but it looks similar to his iconic The Killing Joke clothes, or at least the hat does. As for Harley, she’s apparently combined her costumes from the Batman: Arkham Asylum and Batman: Arkham City games. Good games, but anyone here miss when she used to dress like a harlequin? That was only the entire point of her name, after all.

Am I the only person here who finds it odd that Tracer from Overwatch is also in a movie that features a cameo from her game’s would-be rival Battleborn? No? Just me? Well, anyway, yea, the cavalry’s here, and alongside Chun-Li to boot. I’m pretty sure we’ll see other Overwatch characters in Ready Player One. My money’s on Widowmaker.

If you look closely behind that rat creature (it’s either a Warhammer Skaven, Everquest Ratonga, or Guild Wars 2 Skritt, but I don’t which), you can clearly see Lara Croft rocking her 2013 Tomb Raider look. Fans have already pointed out a cameo by Lara in what is her original 1996 appearance, and I can’t help but love that both versions of the character are in this movie.

Wow, isn’t this random? One of the not-Jason and the Arognauts skeletons is clearly wielding one of the iconic uruk blades from the Peter Jackson Lord of the Rings movies. We can now safely assume that references won’t just be limited to cars and characters but will also include weapons. C’mon, animators, put the Master Sword and Buster Sword in the movie; you know you want to.

This ain’t no regular Gundam; it’s THE Gundam, the one that started it all: the RX-78-2 Gundam from 1979’s Mobile Suit Gundam. Some people prefer the XXXG-00W0 Wing Gundam Zero or the GF13-017NJ Shining Gundam, but if it weren’t for the RX-78-2, Gundam might never have become the household name it is today. This mobile suit is a classic for a reason, which is why it’s in Ready Player One. I only hope this Gundam’s not the only mecha in the film; I’m going to be disappointed if audiences aren’t treated to an entire army of giant anime robots, or at the very least other popular mecha like GaoGaiGar or Gurren Lagann.

Last but certainly not least of the new references, Chucky from Child’s Play. And judging by who he’s fighting, he might be a good guy. I have mixed feelings about that, but now I want him to fight another slasher movie reference in Ready Player One.

And those are all the new references I found in the new Ready Player One trailer, at least all the ones I recognized. I’m sure the video has a few that went over my head. Which ones did you see that I missed? Comment below.