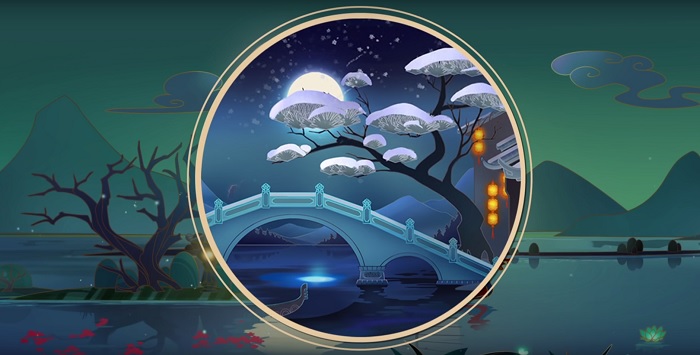 With the popularity of mobile games, it’s often surprising how some of the biggest players in the mobile space remain largely anonymous to consumers. Of course, those that fall into the spotlight are usually there for bad reasons – take King, for example. But today, I’d like to shine that spotlight on NetEase, the world’s fifth largest mobile publisher. NetEease has spent the last decade or so working as a games publisher in China, most notably as the Chinese publisher of all of Blizzard’s games. They’ve traditionally been an MMO-based company, but over the last couple of years they’ve moved into the mobile space. Now, they’re one of the heavyweights of the mobile world. I spoke with Jasmine Mayo, NetEase’s senior communications manager, and Jim Reilly, associate communications manager, at PAX Australia.

“About two years ago we started transitioning into mobile games,” Mayo says. “Within the last two years, we’ve become the fifth largest mobile publisher in the world… What’s really interesting about that is we’ve actually become the number five publisher by only publishing our games in China.”

The only games that NetEase had out in the west prior to 2015 were in simplified Chinese. But then the company started moving into the west and set up their first studio in the US. They released their first game in the west back in August – Speedy Ninja, an endless runner. A couple of weeks later, they had their next two games released. But these two games were made completely free, with no monetisation whatsoever, and are available now for iOS devices.

“We released Lunar Flowers and Beautiful Dream completely for free. So there’s no IP, no ads, no nothing,” Mayo says. “They were actually created by interns. We have a very robust intern program in China. They were interesting to put out.”

Reilly walked me through both of these games. Lunar Flowers is a puzzle game about matching the patterns found in clues.

Beautiful Dream is a colour matching game. Players need to colour the level correctly in order to proceed.

Mayo says that NetEase invests heavily in smaller studios and indie developers. “The NetEase Success Fund makes investments in companies that really want to retain the rights to and ownership of their games. We actually don’t publish those games, we don’t have any creative control over them, but what we do is really just like a short-term loan. It’s for things like marketing budgets. It’s for games that have already done all the creative parts and everything on their own, and they just need that little extra bump to get noticed.” The fund is focused entirely on start-up mobile developers.

As for the rest of NetEase’s games, they follow the free-to-play “freemium” model that so many gamers love to hate. “We know freemium gets a bad rap with gamers,” Mayo says. “I think there’s a way to do it, to be honest. I think when people see the types of game’s we’re releasing, that they’re not the typical freemium games, they’ll see that these are actually games for gamers. That’s actually the tag-line that we use in China… But the way that we approach our games is you don’t have to spend if you don’t want to. We’re definitely not pay-to-win. With these more core experiences, you can’t really set up the structure that way.”

Mayo says NetEase’s transition to western audiences involves far more than just localising games. She uses Eternal Arena, NetEase’s most recent game to launch in Australia, as an example. It’s a combination of a JRPG and MOBA game. “It’s based on one of our most successful games in China, called Battle To The West. We actually looked at the gameplay elements and took the engine and thought this could work for a western audience. We redid the user interface, the monetisation system, and the opening levels. We redid all the art and the storyline as well. It’s kind of like a bite-sized League Of Legends.”

Eternal Arena is a mobile MOBA with short, 2-3 minute matches

March Of Heroes was another game that NetEase had intended to release for western audiences. “We launched it in closed beta about a month ago, and it didn’t do well. So we pulled it, and the game team reworked it. They changed some elements and we’re going to put it into closed beta in another month or so.” March Of Heroes was one of the games NetEase decided to showcase at PAX Aus in order to try and gage people’s experiences on the show floor.

Mayo says that March Of Heroes, having been in development for at least a year, it may still never launch. “If people aren’t interested in it, it may not ever go to the next step.”

Mayo and Reilly acknowledge that there are those ‘hardcore’ gamers who have a strong disdain for mobile and freemium games. I asked them what they would say to try to turn those people around. “I see it as, it’s free, download it. If you don’t like it, delete it,” Mayo says. “It’s not like you’re buying a $60 box product where if you don’t like it, you can’t return it. It’s easy to just test them out and see.”

“Every game is different,” Reilly says. “The mobile industry is still very young. There’s still a lot of fine-tuning that’s going on. People are trying to figure out what works and doesn’t work. The idea of being a gamer has grown beyond the idea of console gaming. The sweet-spot will eventually be found.”

March Of Heroes is a strategy game. It’s still in beta testing.

“There’s thousands of games available,” Mayo says. “There’s so many options. If you hate one, that doesn’t mean you’ll hate them all. It’s like saying, I don’t like mobile games because I don’t like change. You see a lot of mobile games coming out that have PC-quality graphics and look really beautiful or have a more robust play system. I think people should just check it out. They might like it.”