Can virtual reality be used as a torture method? 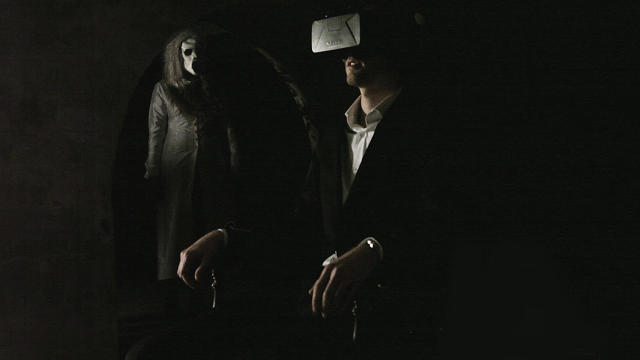 Can virtual reality be used as a torture method?

Virtual reality has really kicked off in the past year, many companies realizing the potential of the technology for entertainment, education, business, leisure and of course, gaming. We can already have access to the Samsung Gear VR for a pretty acceptable price, if you don’t count the Galaxy Note 4’s price into the deal. Other devices like the Oculus Rift, Epson Moverio, Google Glass, Sony’s Project Morpheus and other under-ground projects and initiatives are also developing and demonstrating at the same time that virtual reality is shaping up to be the medium of the future.

I’m sure that you’ve seen virtual reality reaction videos and have seen how much virtual reality can take you out of your environment and confuse your body into thinking the ground is melting or the sky is falling. I haven’t had the chance to try Gear VR, but the effects are the same. If you’ve read Samsung’s recommendations about how to use Gear VR, you probably know how many warnings these recommendations contain. For one, you need to be at least 13 in age, need to be sitting down, have a stable mind, perfect eyes and be aware of the fact that you might become ill or even have a seizure when using Gear VR.

What many are forgetting is that virtual reality can be something inherently dangerous if used with malevolence. Current security measures don’t foresee somebody using Gear VR or any other virtual reality goggles and devices for anything else than what they are designed for. Using virtual reality to psychologically torture somebody is a very real issue, although there haven’t been any recorded incidents yet. That doesn’t mean that the technology won’t be misused in the future. Since the whole experience with goggles can be incredibly immersive, it might be hard to impossible for one to look away or block out what they’re seeing and not let it get to them.

Psychological torture through visual stimulation has been used by many individuals and organizations in the past, engineering rooms in a way in which they can drive their inhabitants to the brink of madness. Engineering these rooms doesn’t require too much knowledge of psychology, but you still need to know what kind of visual stimuli will influence a person’s sense of reality and their environment. You can scare somebody to death if you know what their fears are without virtual reality, so you can imagine how big of an impact such an immersive and traumatizing experience would have on a susceptible person.

Regulation of virtual reality is nearly impossible, so it wouldn’t be surprising if somebody used it to torture their smaller sibling into debilitating fear of spiders, snakes or even people. One bad trip with VR can be a catalyst for many lingering psychological afflictions like phobias, anxiety, depression and the list goes on. If virtual reality can act as a trigger, then it can be used maliciously. Our only hope is that people understand the way in which people can be affected by VR and won’t use it in a malevolent way. There are many good things to come of virtual reality and it can change things for the better, but we need to proceed cautiously.

Overall, you can tell the difference when you’re in virtual reality using a headset or goggles, so you won’t be traumatized just by playing a horror game. But it will be the scariest thing you’ve ever played and it wouldn’t be hard to engineer an environment in VR that can influence the way in which people perceive reality. You could forget that you’re within VR and then it wouldn’t be too nice to play with your mind. I would definitely try a few Oculus Rift horror games, but I’m not sure if I would ever want to go back after doing so.