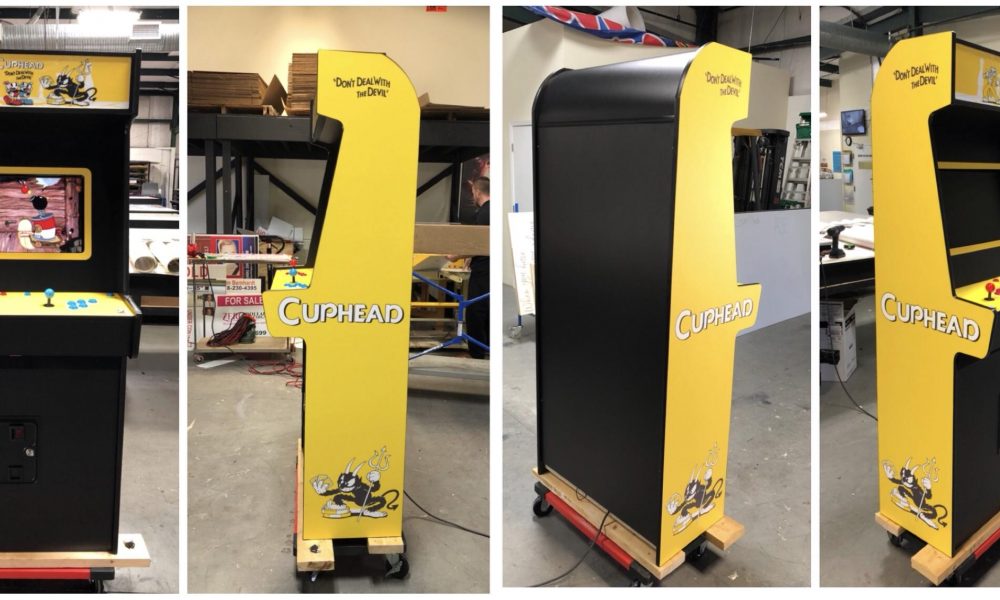 Cuphead is one of the best games in the market and a great runner-up for Game of the Year in my opinion. The game thrives on the 30s aesthetic and incredible animation that makes it such a great work of art. But it also has gameplay that resembles the good old days where Metal Slug was the game everyone played.

Since the game has an arcade-y like design, a skilled gamer decided to make a cabinet for Cuphead. Meet John Sellers, a man that goes by the name of xiubeda on Reddit. The guy built a cabinet themed after the indie game, and shared a YouTube video that shows how well it works.

This project took around 2 weeks of free time and a $680 USD investment to make. However, he clarified that this effort was easier to do because he had access to printing machinery and wood cutting tools.

This cabinet also has the clever design choice of using the console version of the game instead of the PC Version. Why? Because of the Xbox One controllers, which have been retooled to work as a Stick-based controller.

The graphics you see on the sides of the cabinet are all actually done with vinyl printing. And the cabinet allows for 2 player co-op experience as well, much like the good ol’ days. Now if only there was an alternative which also allowed people to insert coins and continue from where they left off. That would be the loveliest thing I’ll ever see.

I mean, this already comes with a very well-established fanbase that speedruns the game at record times. So much so that Cuphead sold well over a million copies and the creators are thinking about creating a sequel and adding online multiplayer. It’s simply astonishing how much the game grew inside of gamers’ hearts.