NIssan Makes a Car Controlled by a Dualshock 4 to Promote GT Sport. 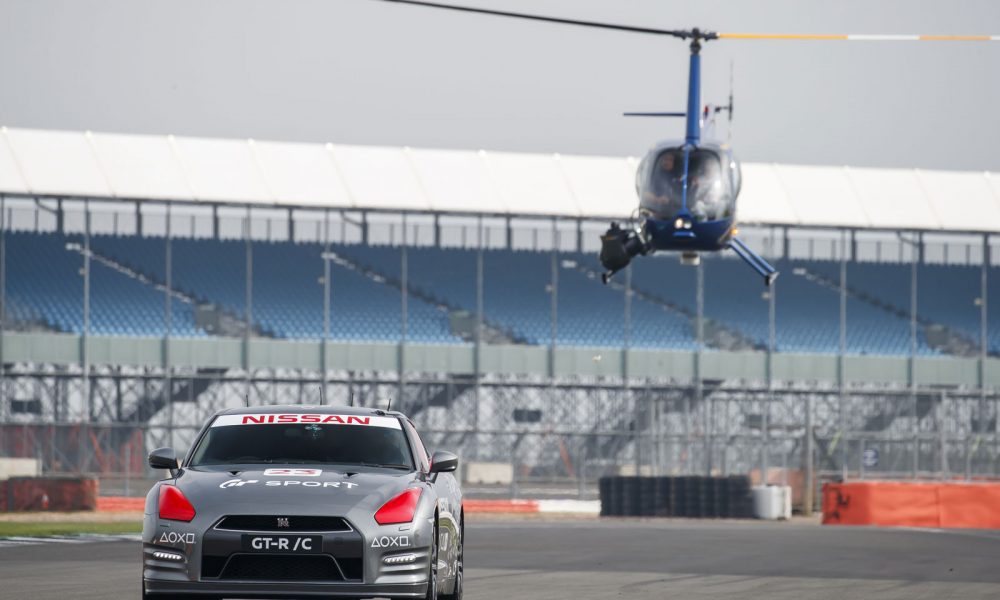 NIssan Makes a Car Controlled by a Dualshock 4 to Promote GT Sport.

We’ll be finally getting Gran Turismo Sport in a few days. And to celebrate, Nissan decided to give a gift to the fans, giving Jann Mardenborough – A racer part of the Nissan NISMO Team – a chance to live the biggest gaming dream. The racer drove a car with just a Dualshock 4 Controller, very much like a racing game in real life. The car was operated from a helicopter that followed the car.

That car was a modified Nissan GT-R aptly called the GT-R /C, made to celebrate the launch of Gran Turismo Sport. The vehicle got fitted with four robots. – Each one controlling things such as stirring the wheel, transmission, brakes and throttle. – Finally, a micro-computer would be receiving the commands from the Dualshock.

That micro-computer is responsible for interpreting the joystick and button signals and transmitting those signals to the car’s onboard systems. Aboard the helicopter, Mardenborough got help from a sensor and a display on the cockpit that showed the GT-R /C’s speed. On his fastest lap that lasted one minute 17.47 seconds, the vehicle reached 131 mph and averaged 76 mph.

And yes, it was an absolute thrill to drive a car like this. Mardenborough described his experience as “once-in-a-lifetime, truly epic stuff”. Considering he raced through a course like a videogame it must have been a surreal experience in and of itself. Sadly, there isn’t any elaborate video showing us how this was done.

It seems like that Lightning commercial isn’t enough for Nissan, they really like pushing stunts like this. We will obviously never be close to an opportunity like this, but this is a great promotion for Gran Turismo Sport. The game will come to the PlayStation 4 at October 17. The car itself will be featured in a tour of primary and secondary schools in the UK next year to promote future careers in STEM.